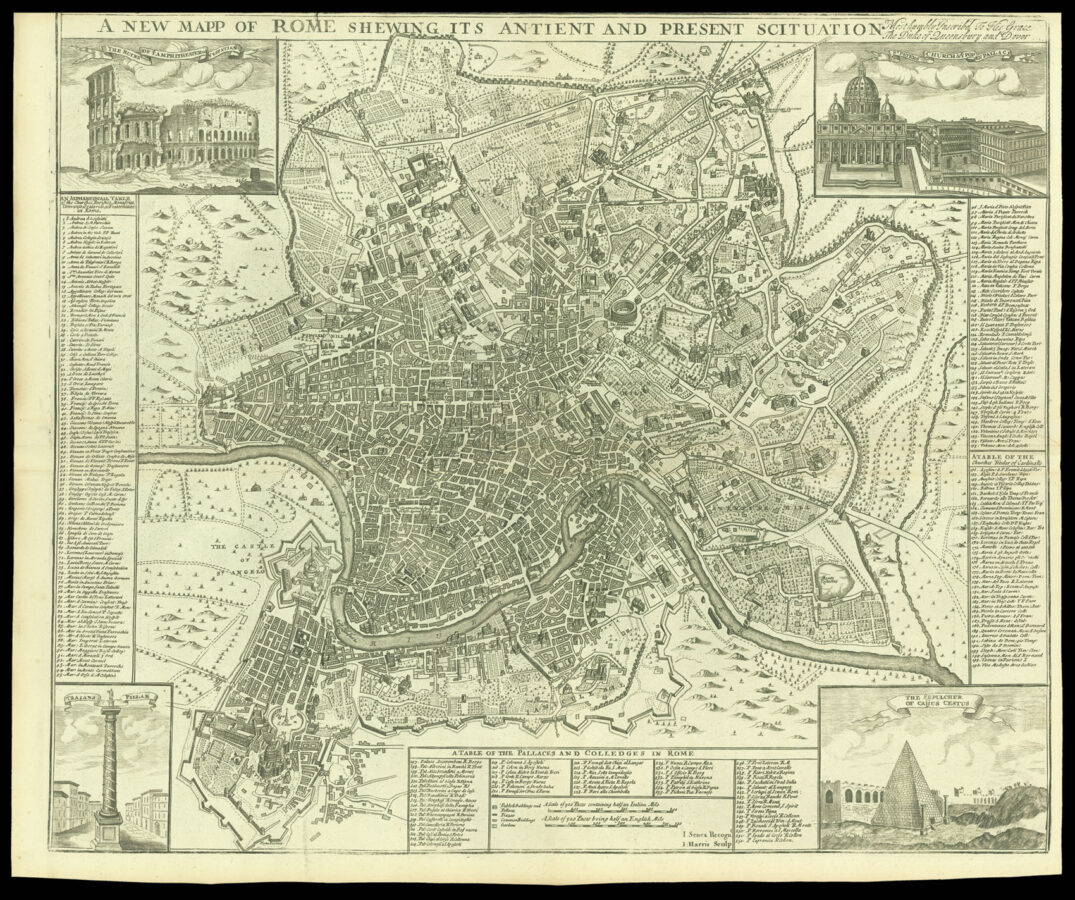 A New Mapp of Rome Schewing Its Antient and Present Scituation. Most Humbly Inscribd to His Grace The Duke of Queensbury and Dover

A rare map of Rome, highlighting its modern and ancient monuments. It is oriented with north to the right. Notable buildings are shown in profile, with four vignettes in each corner of the Colosseum, St Peter’s, the pyramidal Sepulchre of Caijus Cestus and Trajan’s Column. The keys on each side indicate the religious houses and buildings of the city; the table below lists places of learning and the homes of the nobility.

John Senex (1678–1740) was one of the leading cartographers in 18th century England. He apprenticed with Robert Clavell of the Stationers’ Company and started his career as an astronomer and map maker, and was also an engraver, publisher, surveyor and geographer to Queen Anne.