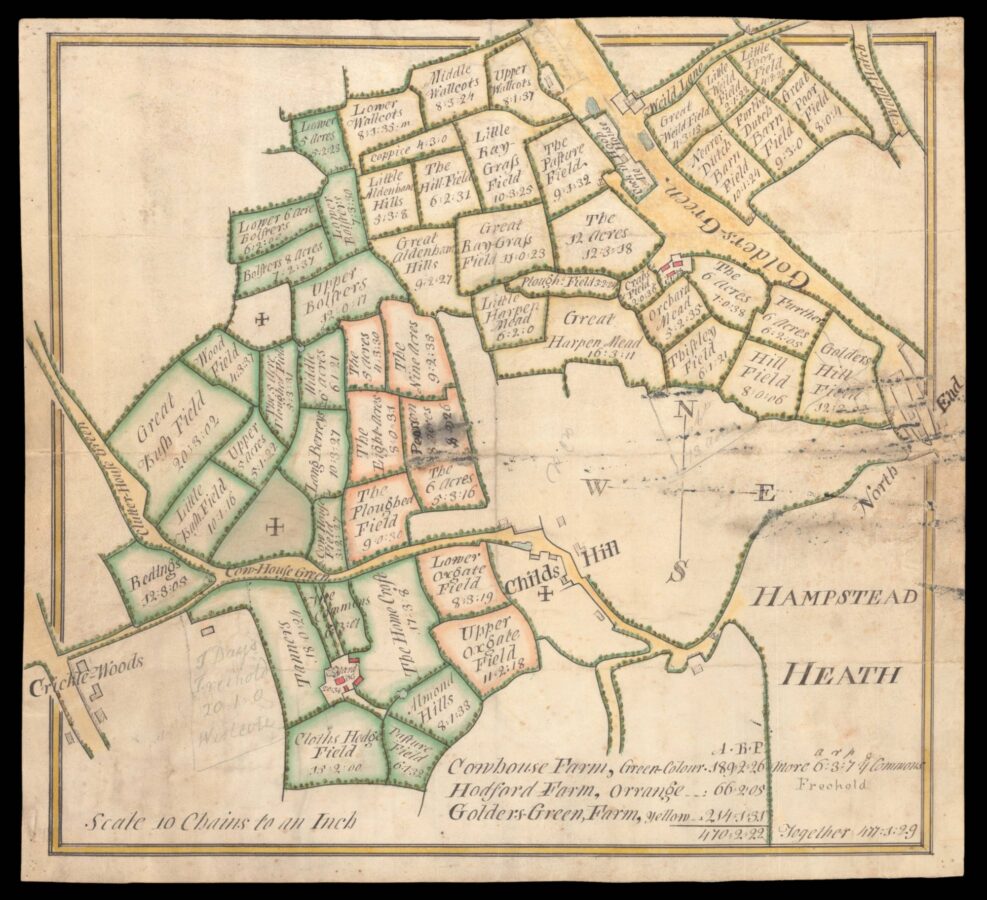 The estates and farms at Golders Green

This remarkable map shows the division of Golders Green and the surrounding area during the mid to late eighteenth century. The area was divided into three farms: Cowhouse Farm (green); Hodford Farm (orange); and Golders Green Farm (yellow). Each of the farms fields are meticulously laid out with their name and area, in acres roods, and perches marked. The largest landowners at the time were the Dean of Westminster and the Trustees of Eton College. To the lower right is a table of the total holdings of each farm, Golders Green being by far the largest; with the total land of all three farms amounting to just over 470 acres. Common land is marked with a ​‘X’, and amounts to just over six acres. Several buildings are marked on the plan including the Cowhouse Farm, and The Cock and Hoop Ale House. In 1896 the authorities closed the Cock and Hoop when it was discovered that the named licensee, Mr Robinson, had been dead for four years!

Eighteenth century manuscript plans of London boroughs are very rare, especially on such a large scale. 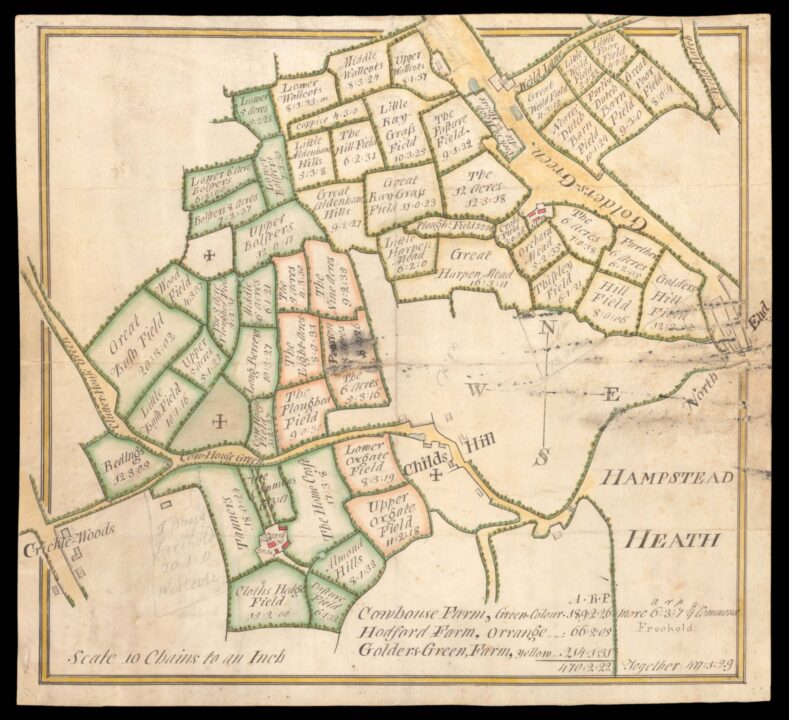