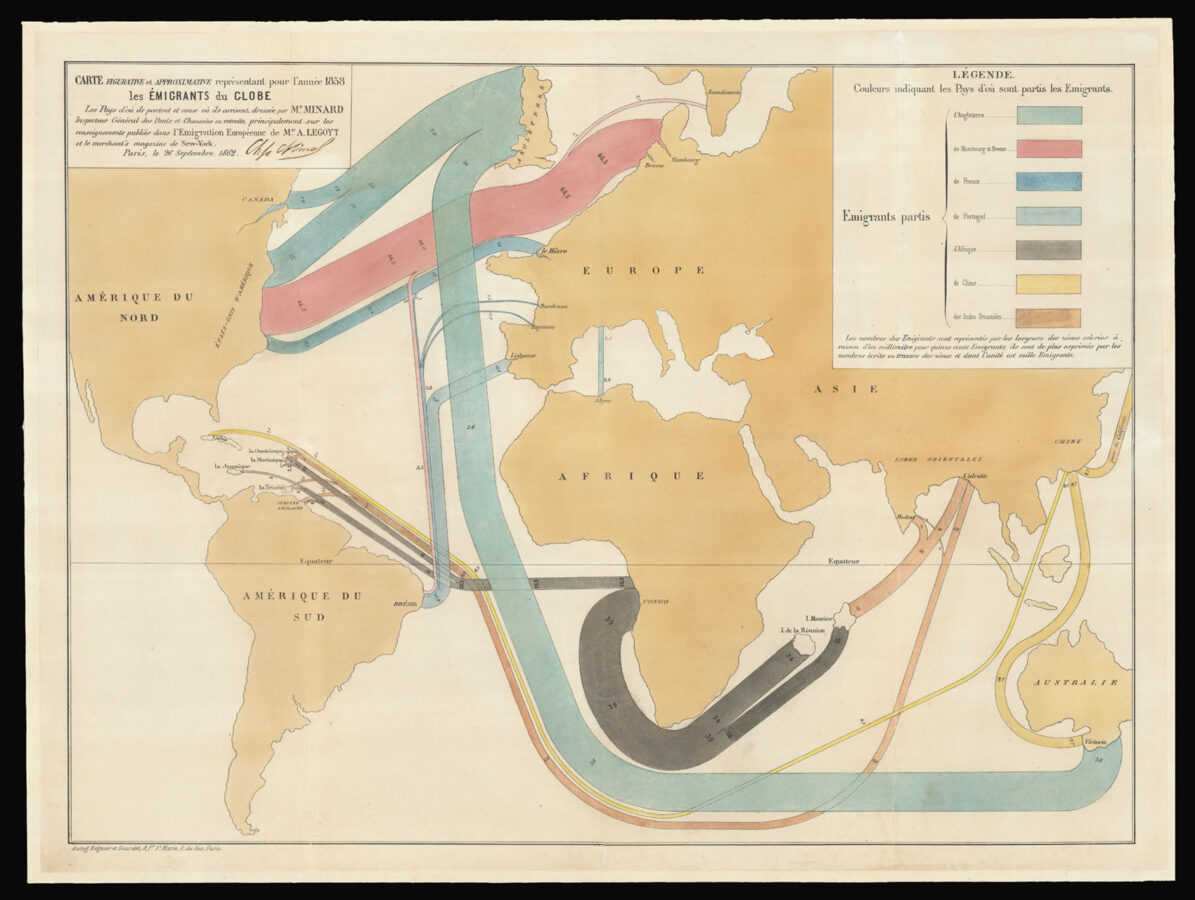 The End of Slavery?

The map highlights an interesting demographic period after the abolition of slavery in Britain (1838) and France (1848), creating a dearth of workers in European colonies. The black lines coming out of Congo to Mauritius and La Reunion show the passage of workers from Africa to work on the sugar plantations owned by the French. The brown lines show the influx of indentured labourers from French settlements in Tamil Nadu in India, to fill the void created by the end of slavery. A substantial number of African and Indian migrants also make their way to the West Indies. The small blue line across the Mediterranean shows French migration to Algeria, one of its richest colonies.

The thick green lines dominating the map show the huge wave of immigration from Britain to America, Canada and Australia; Australia became particularly attractive to prospective settlers after gold was found there. The number of British emigrants to America, however, was dwarfed by the number of Germans; in the period 1840–80, they made up the largest percentage of American immigrants. Migration was motivated by economic prospects and after the 1848 revolutions in some German states, there was also a wave of political refugees fleeing to North America. Brazil gained independence from Portugal in 1822, but immigration there from Portugal actually increased after it stopped being a colony, mainly peasants from rural areas. There was also a substantial minority of immigrants from Germany, to the point that Prussia banned immigration to Brazil in 1859 after reports of ill treatment on coffee plantations

China became an important source of labour in the mid-eighteenth century. The southern areas of the country suffered from political and economic instability, thanks to the weakness of the ruling Qing dynasty and the ongoing Opium Wars with the British. Chinese immigration to Cuba began in 1847 after the abolition of slavery; the Spanish replaced African slaves with Chinese indentured labour. Similarly, Chinese workers were often shipped under contract by agents to California during the Gold Rush, where they faced harsh working conditions and routine violence. The Chinese population in Australia, also spurred by the Gold Rush, grew large enough for the government to initiate anti-Chinese legislation. 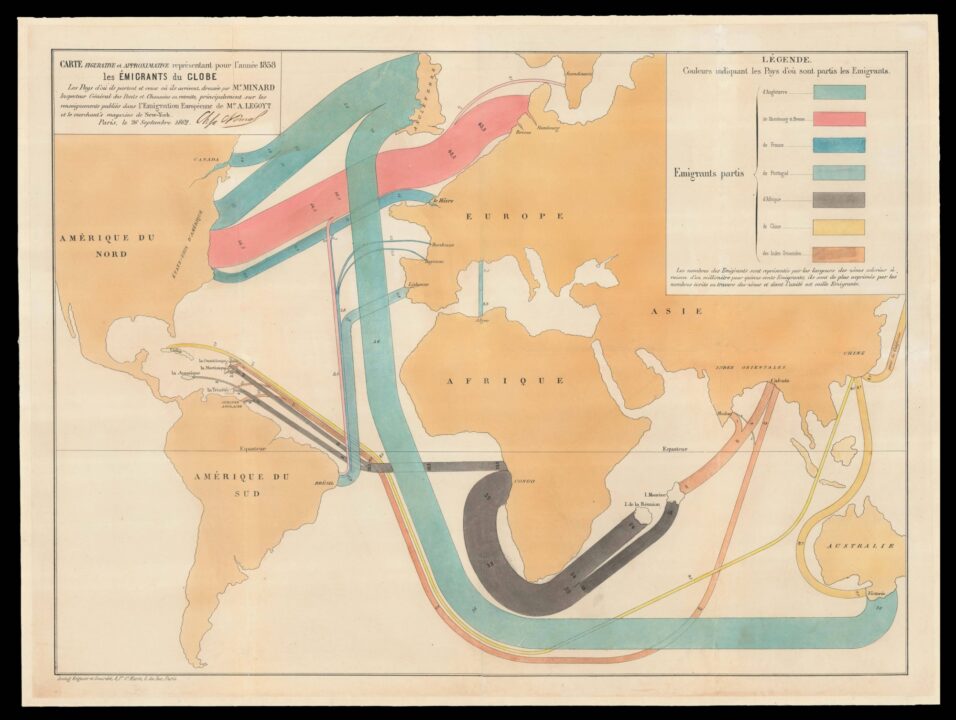