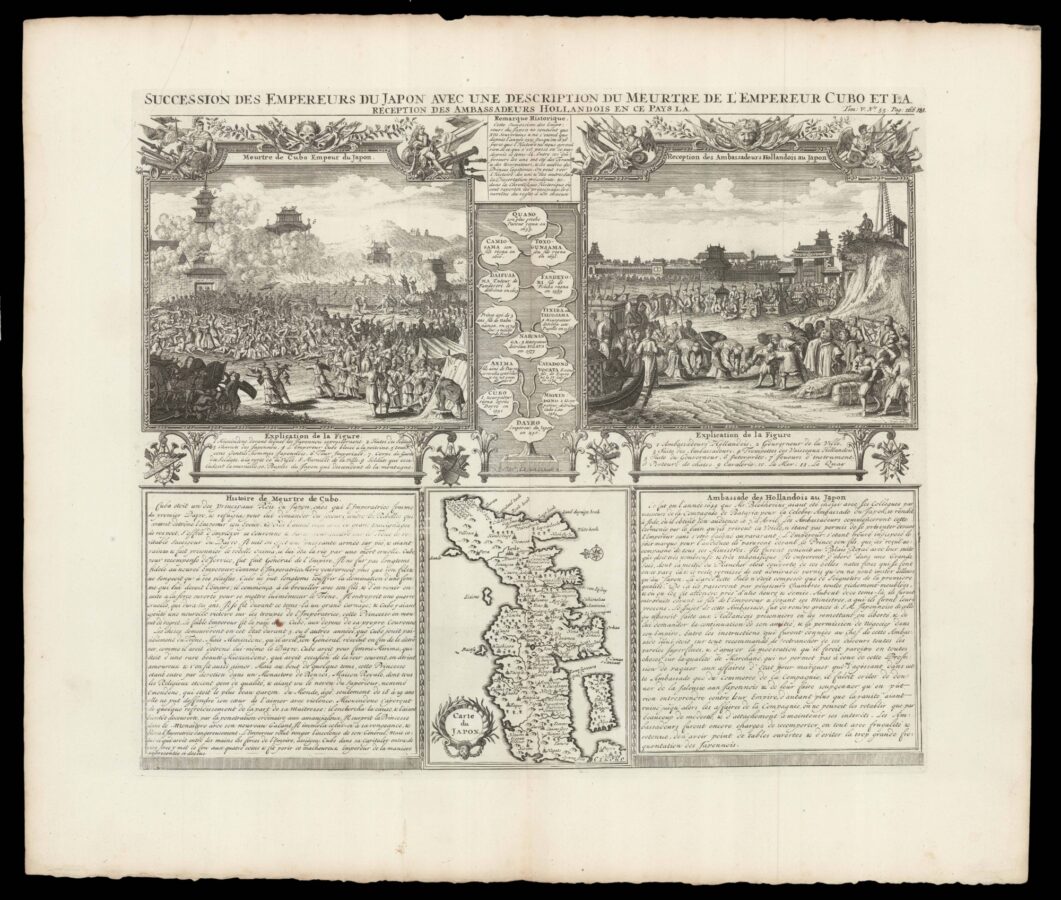 With an inset of Japan, ​‘Carte du Japon’. Published in the fifth volume of the Chatelain family’s ​‘Atlas historique, ou Nouvelle introduction à l’Histoire, à la Chronologie & à la Géographie Ancienne et Moderne…’, 1719, when eventually extended to 7 volumes. The vignette map is a more traditional representation of Japan than the other that appears in the ​‘Atlas’. It was probably borrowed from Pieter van der Aa, who in turn, drew on Sanson’s model of 1652. It appears between two large text panels, one concerning the death of the Emperor of Japan, the other with the Dutch ​‘Embassy’ there in 1644.

Zacharie Chatelain (d1723) was the father of Henri Abraham (1684–1743) and Zacharie Junior (1690–1754). They worked as a partnership publishing the ​‘Atlas…’ under several different Chatelain imprints, depending on the Chatelain family partnerships at the time of publication.
The atlas was published in seven volumes between 1705 and 1720, with a second edition appearing in 1732. The maps were accompanied by information pertaining to cosmography, geography, history, chronology, genealogy, topography, heraldry, and costume of the world. The maps in the ​“Atlas Historique” were mainly based on those of the French cartographer, Guillaume De L’Isle, but were presented by the Chatelains in an encyclopaedia form. The accompanying text is in French and often is printed in two columns on the page with maps and other illustrations interspersed. Each map and table is numbered consecutively within its volume and all maps bear the privileges of the States of Holland and West-Friesland.