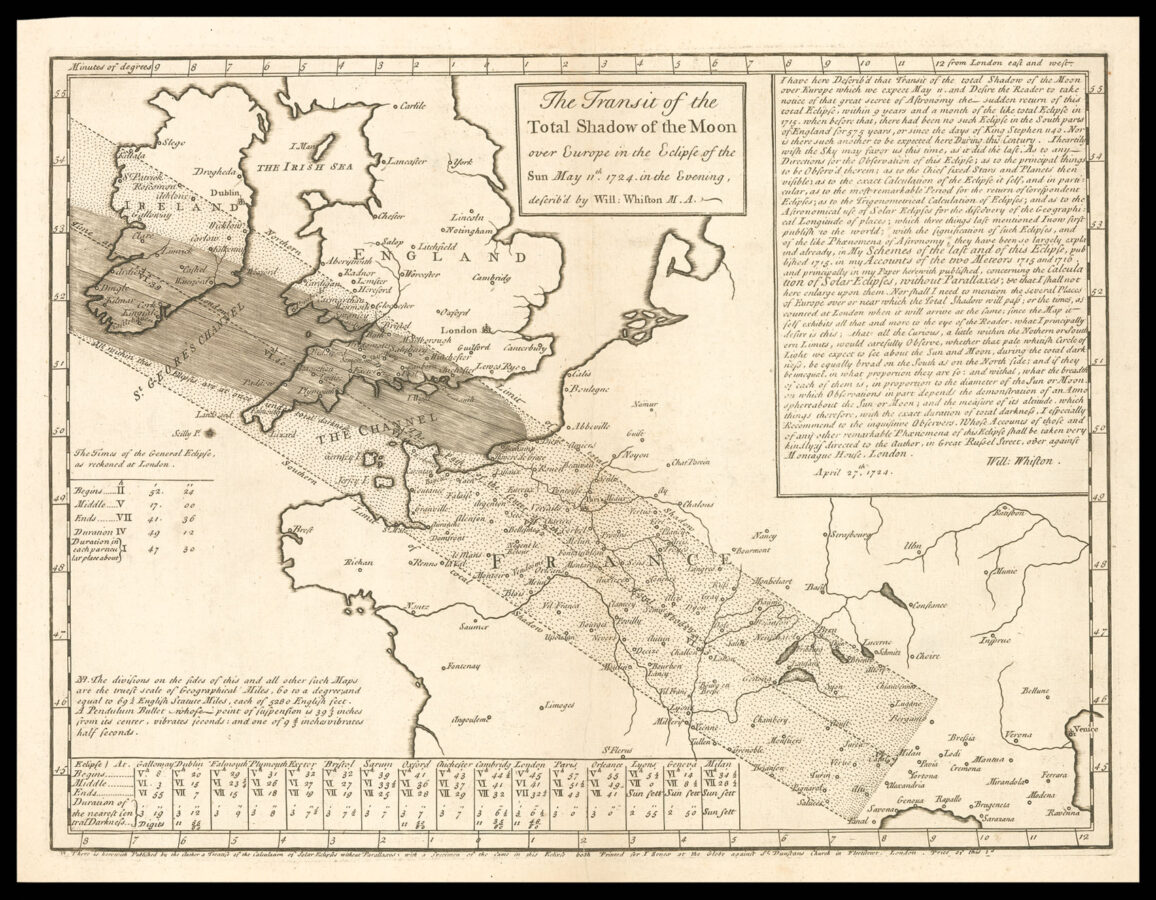 The Eclipse over Europe of 1724

The Transit of the Total Shadow of the Moon over Europe in the Eclipse of the Sun May 11th 1724. in the Evening, describ’d by Will: Whiston M.A.

This is a crudely performed derivative of the Halley map of the same region.

The notable difference between the two is that Whiston places the course of the eclipse further south than Halley, with ​‘The Path of the Center of the Eclipse’ passing over Geneva, Tavistock and Launceston so that the Channel Islands, all of Devon and Cornwall and south-west Ireland lie under the eclipse, whether total or partial.

The map was published to accompany Whiston’s The calculation of solar eclipses without parallaxes. With a specimen of the same in the total eclipse of the sun, May 11. 1724 …, which was illustrated with ’ A Calculation of the Great Eclipse of the Sun, April 22d. 1715 in ye Morning, …’ (a late printing of item 2); in the book he included ​‘A PROPOSAL For the Discovery of the LONGITUDE of the several Places of the Earth, by Total Eclipses of the Sun. …’, with tables and observations to support his theory.

The map was first advertised in the Daily Courant (issue 7027) for 29th April 1724; later advertisements record that it sold for 1s.