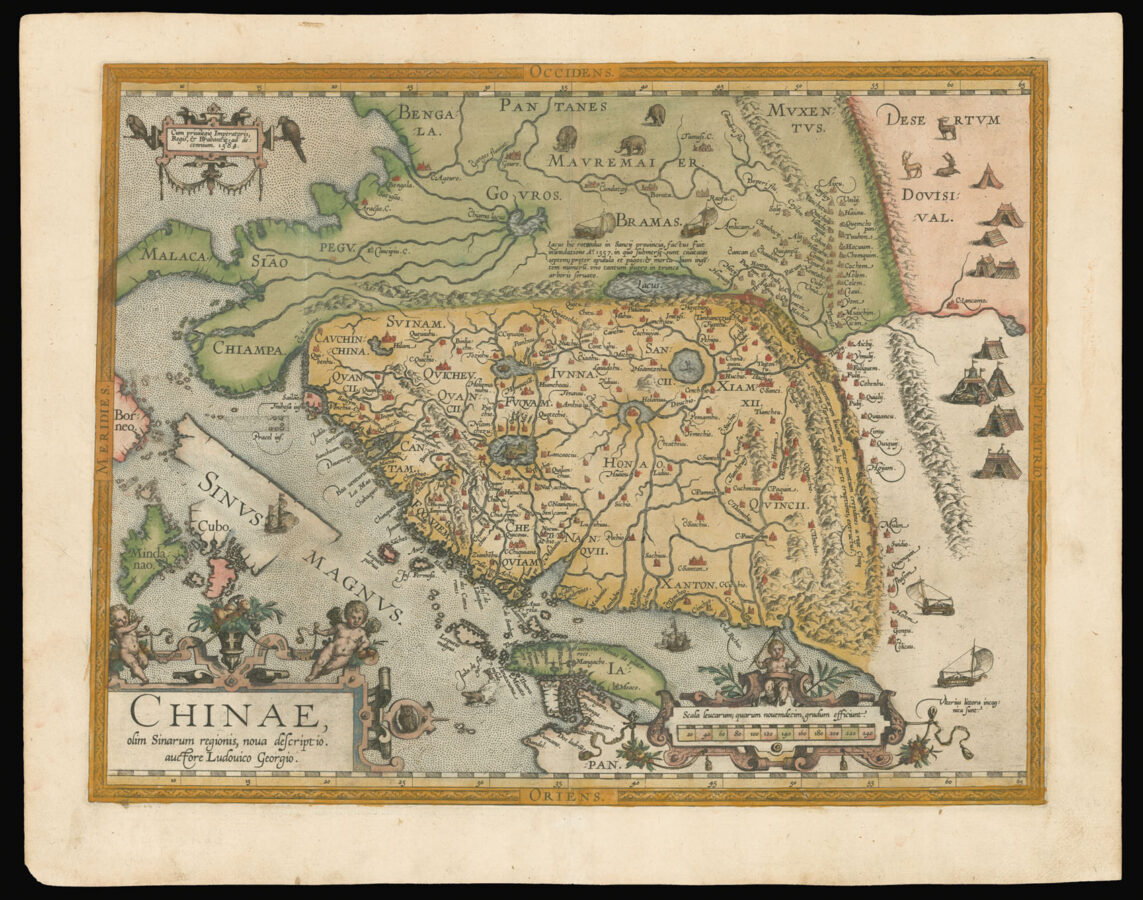 The earliest printed map to focus on China, and the first to illustrate the Great Wall. It was the first western map of China drawn directly from the findings of the Portuguese mapmaker Luis Jorge de Barbuda, or Ludovicus Georgius. Barbuda was a Jesuit, and he made a manuscript map of China from information on the area gathered by the Jesuit mission. Arias Montanus passed this map on to Ortelius. 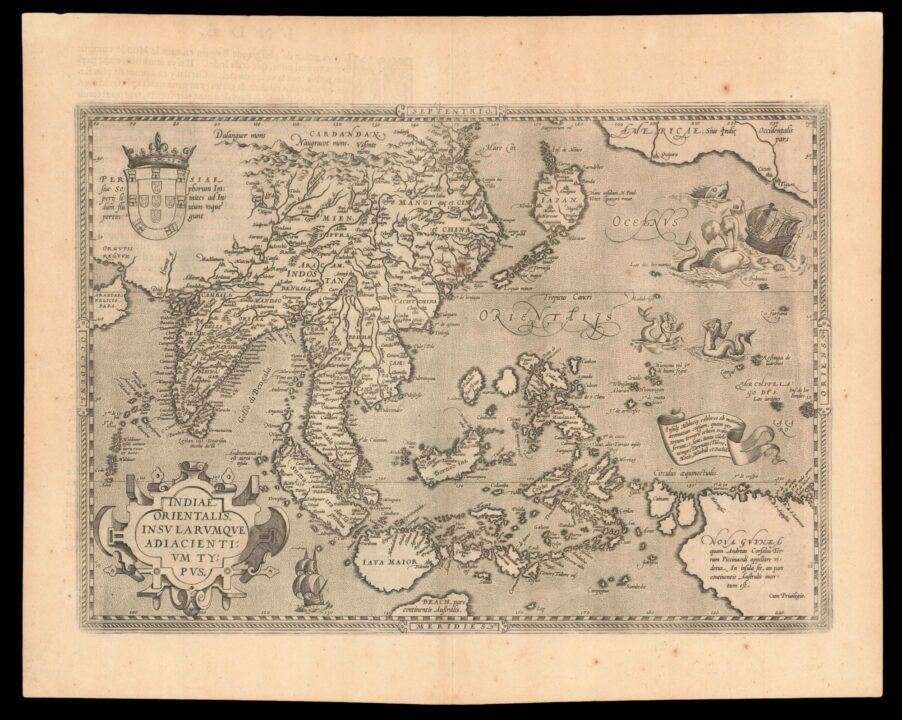