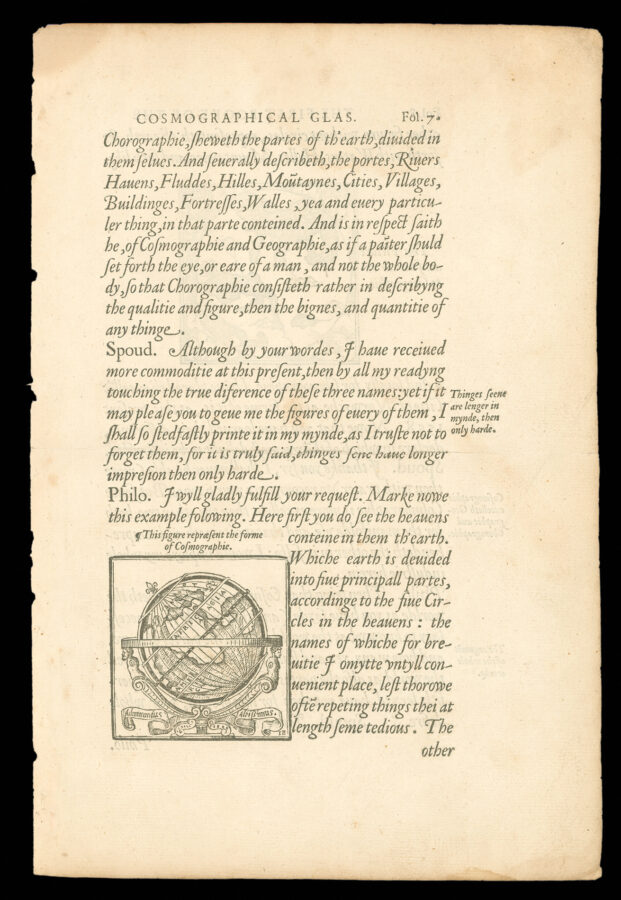 The earliest map printed in England to show part of North America and the first appearance of the name ​“America” on an English map.

[World map from The Cosmological Glasse].

The earliest map printed in England to show part of North America and the first appearance of the name ​“America” on an English map. Both facts that have, until now, been unnoticed by bibliographers. Not recorded by Burden.

The world map from Cuningham’s ​“Cosmological Glasse; the first original English work on cosmography. Cuningham’s comprehensive work of mathematical practice is particularly notable for its exposition of surveying by triangulation and for a method of determining longitude, which the author demonstrates using examples of astronomical observations made in his native town of Norwich. It is also the first book to deal with navigation in relation to astronomy and cosmography. Waters notes that Cuningham did for cosmography what Robert Recorde did for mathematics: rescued their subjects from the grips of the scholars and moved them into the realms of the gentry and merchants. John Dee, in his preface to Billingsley’s edition of Euclid (1570), noted that Cuningham’s work taught many Englishmen to ​“like, love, get and use Maps, Charts and geographical globes.” The work influenced a generation of Englishmen, stimulating their thirst for nautical exploration and the solution to navigational problems. Among them was Martin Frobisher, who included it in the very small number of books he brought with him in search of a Northwest Passage in 1576. 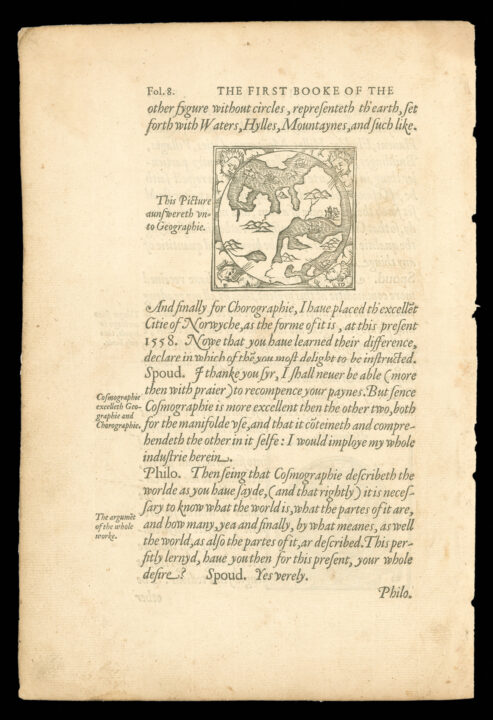