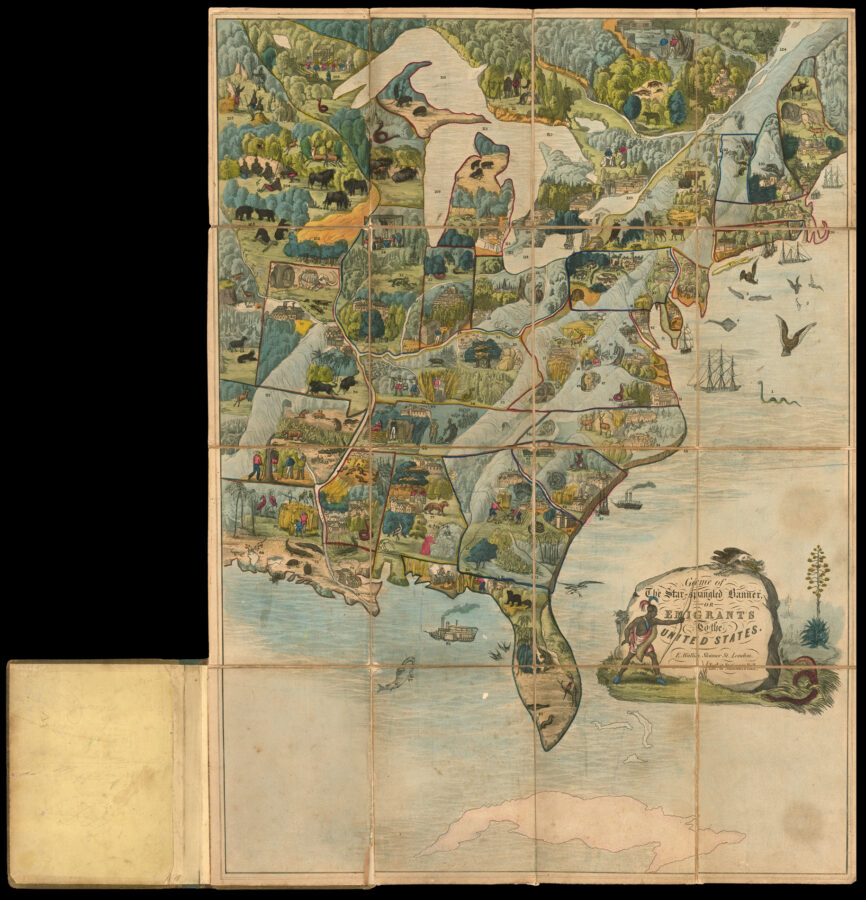 “The earliest game to utilise a map of the United States”

Game of the Star-Spangled Banner, Or Emigrants to the United States

Wallis’s rare and entertaining map of the United States.

This scarce and beautiful instructional game was to be played as a lotto, each player moving around the finely detailed map which is crowded with vignettes of American life and wildlife. ​‘It is probably the earliest game to utilise a map of the United States’ (Whitehouse).

The game aimed to teach an English audience about the United States, some of the descriptions in the rule book — present in the British Library copy, however not sold with the current example — must have astounded the young players, with the entry on Arkansas restricted to the ​“lynch law”, and a number of references to slavery including, ​“The slave-holders of the southern states are extensively supplied from the markets of Virginia, where negroes are reared for the purpose of sale and traffic… the last taint of negro blood subjects an individual to this degraded condition”. Some of the descriptions of American Wildlife too, must have been alarming, such as that of the Turkey Buzzard, ​“this bird feeds on carrion, and if attempted to be taken, vomits the contents of its stomach in the face of its pursuer, emitting the most intolerable stench”; and the Grizzly Bear, ​“The largest and fiercest animal on this continent. His very name is dreadful, as his disposition is bloodthirsty”. Games of this period are rare, particularly in such fine condition.

Edward Wallis was the son of John Wallis sr., one of the earliest specialist game-makers in England; he was the eldest son, so inherited the family business in 1818, while his father made separate provision for his second son, John jr., to set up a separate business. 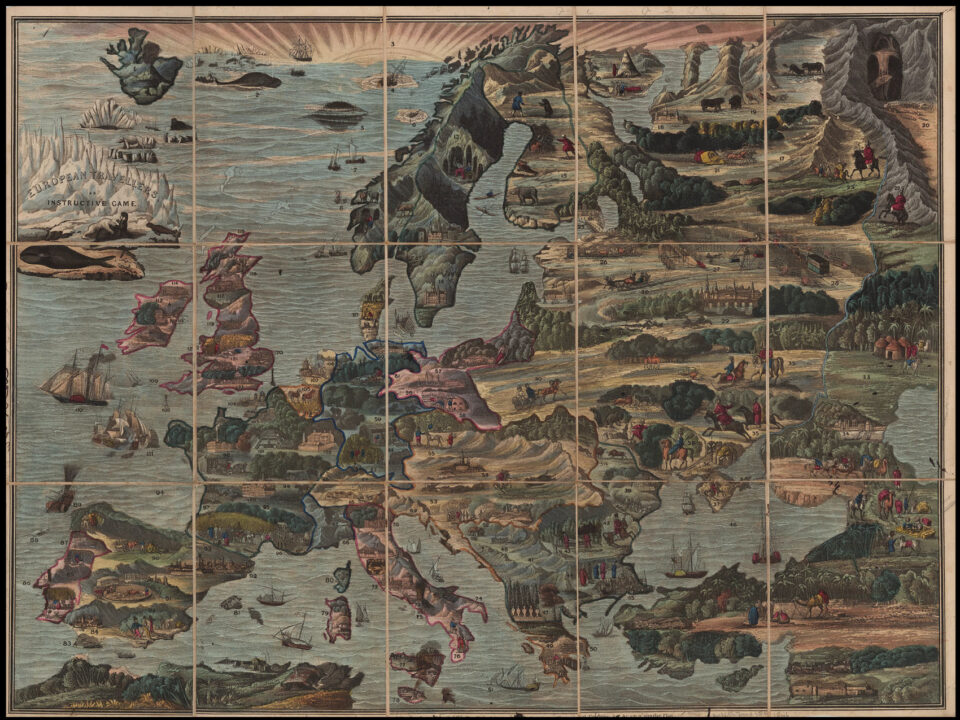 The English learn about their European neighbours