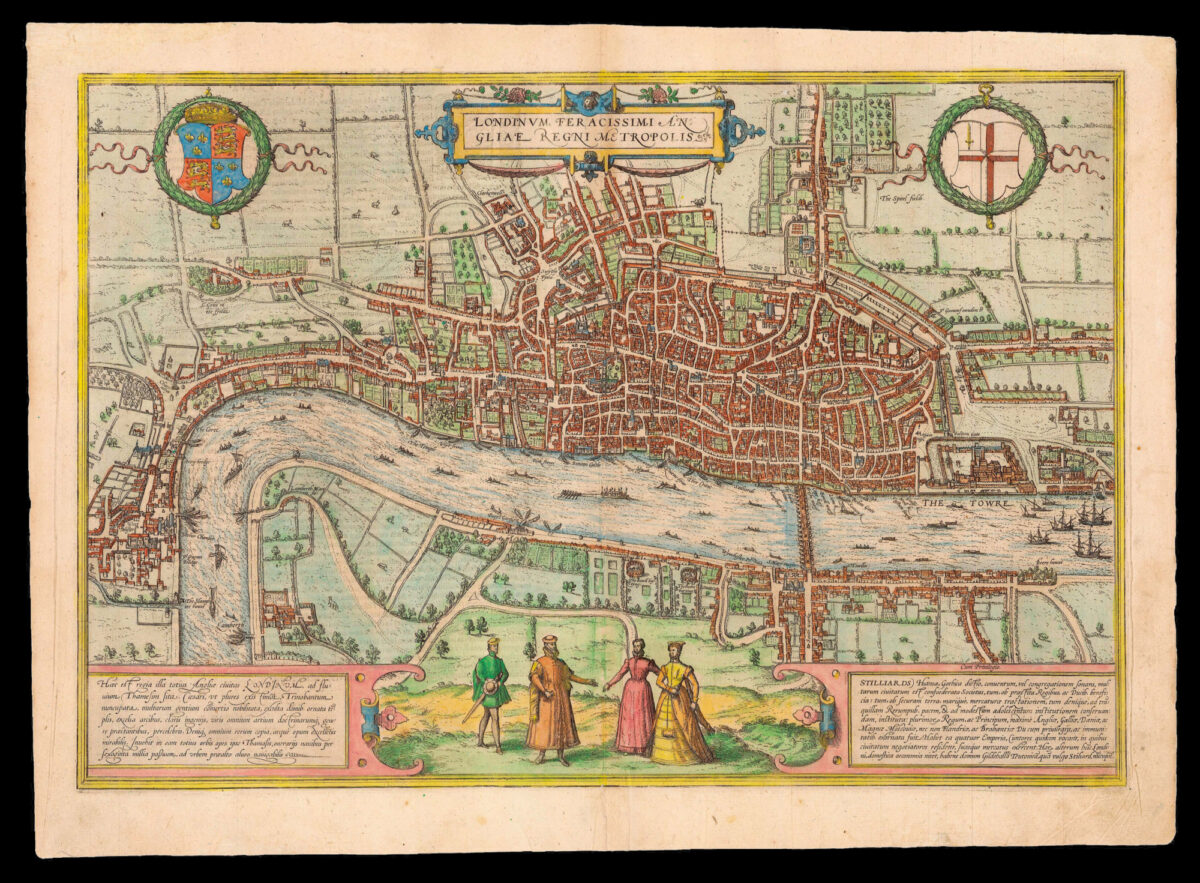 Although first published in 1572, the plan is clearly based upon information gathered some years earlier. St Paul’s is shown with its spire, which was destroyed in 1561; the cross in St Botolph’s Churchyard is shown, although it was destroyed in 1559; and York Place, so named in 1557, is given its old name ​‘Suffolke Place’. Upon the Thames, the royal barge can be seen, together with numerous ferrymen and sailing vessels. On the south bank of the river is the new district of Southwark, with its theatres, and bull and bear baiting pits. To the left is Westminster — connected to the City by a single road — with Westminster Abbey clearly visible. To the north of Westminster, cows are depicted grazing in open fields.