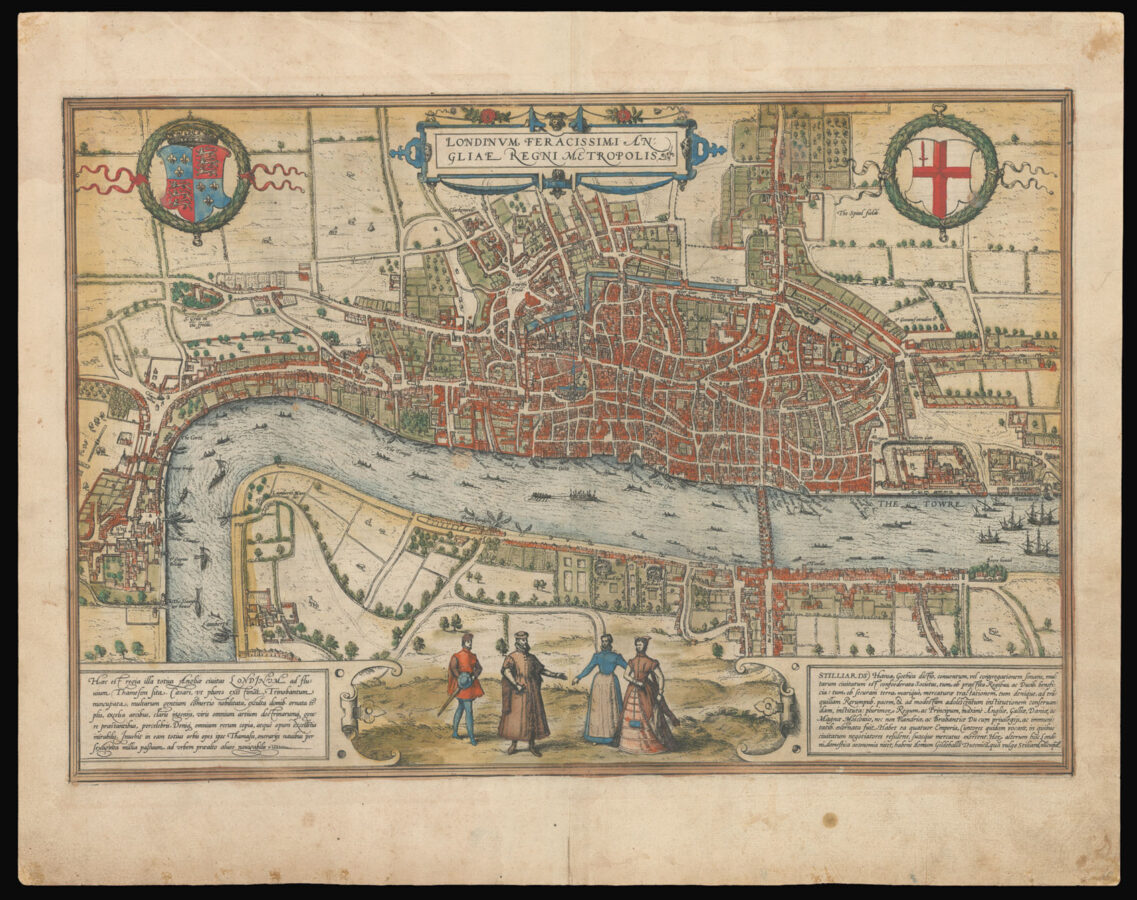 The present map is an example of the first state of four: Westminster spelt Westmester. The first state is considerably rarer than the later states.