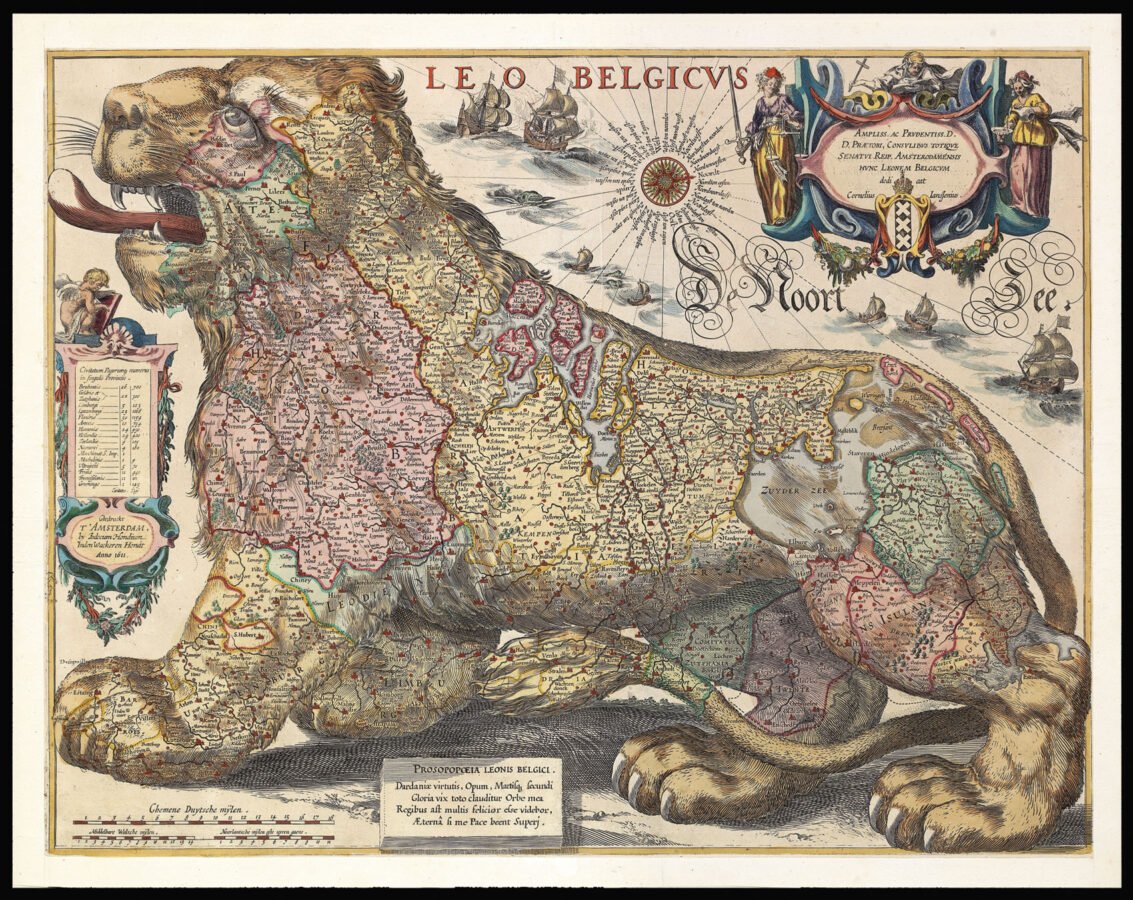 The Dutch lion looks toward the Spanish threat

In 1608, the cartographer Hessel Gerritsz (1581–1632) published a new version of the Leo Belgicus with the Netherlands orientated with the west at the top. Again the lion’s back follows the coastline, however, this time he is shown walking on all fours (passant), with his head facing south – towards the Spanish threat.

To the left is a table of towns and villages, to the upper right is an elaborate title cartouche. Below the lion’s feet is a legend that reads:

Gerritsz sold the plates for the map to Cornelius Janszoon, who in turn sold them to Jodocus Hondius, who issued this edition in 1611.