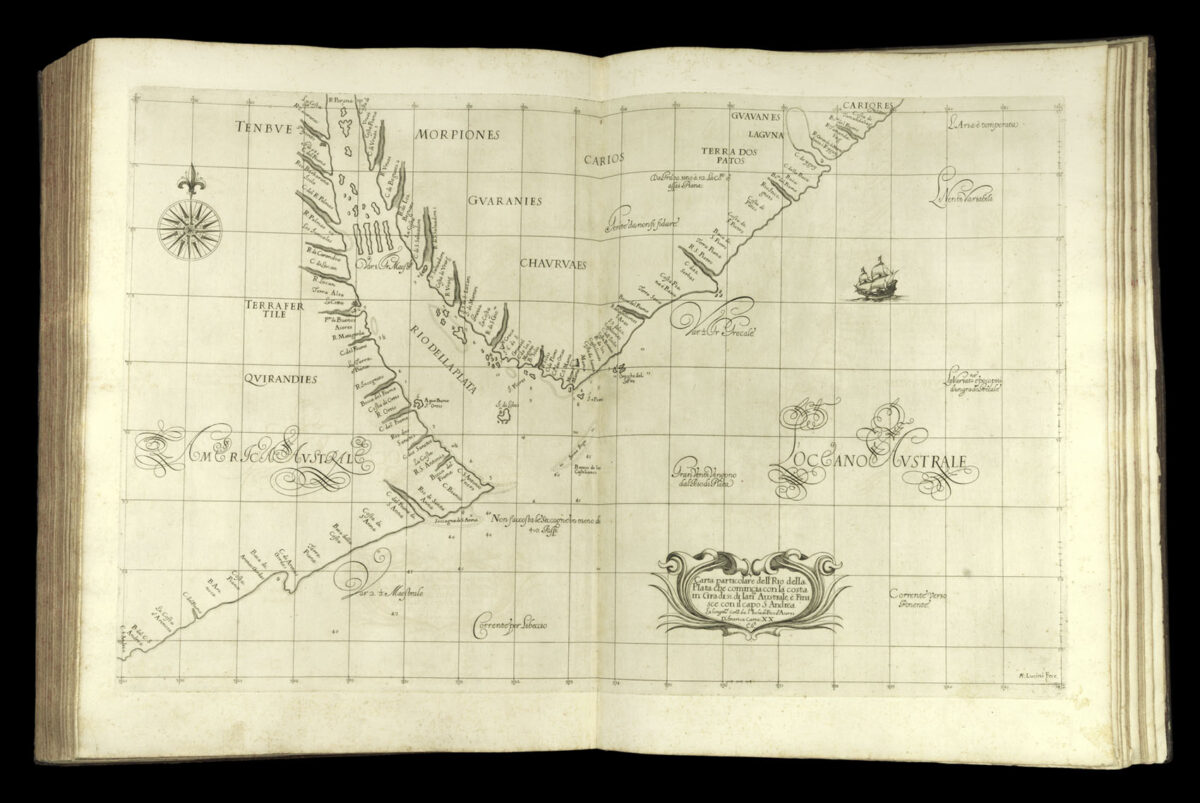 The convergence of the Uruguay and Parana Rivers

Map showing the convergence of the Uruguay and Parana Rivers into the Rio della Plata in Brazil, the modern day site of Montevideo and Buenos Aires.