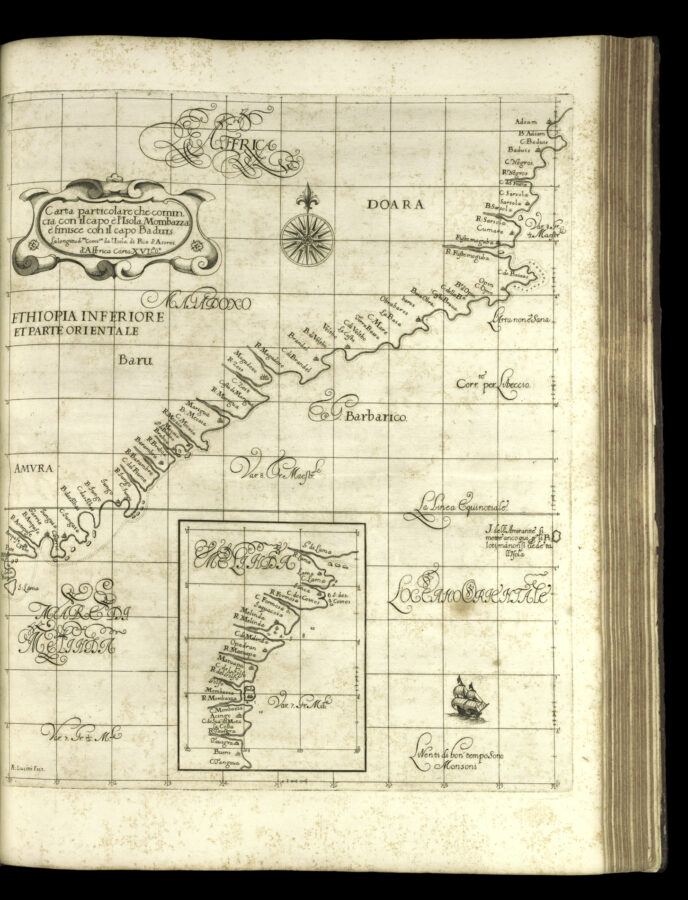 Map showing the coastline Kenya; the insert shows a detailed view of Mombasa.