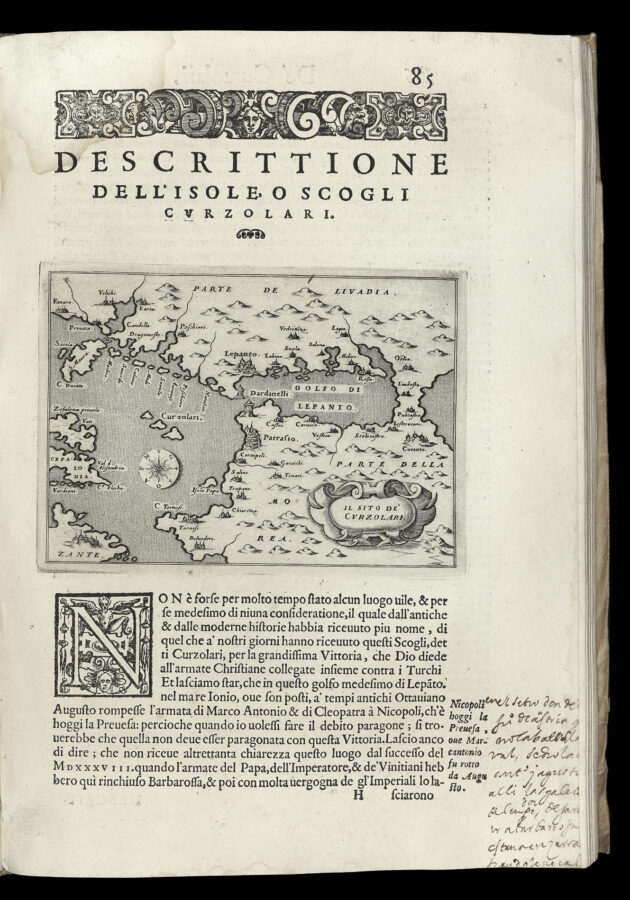 The coast of Greece

A detailed map of the coast of Greece and the Gulf of Corinth (marked Gulf of Lepanto), with the islands of Zakynthos and Cephalonia visible.