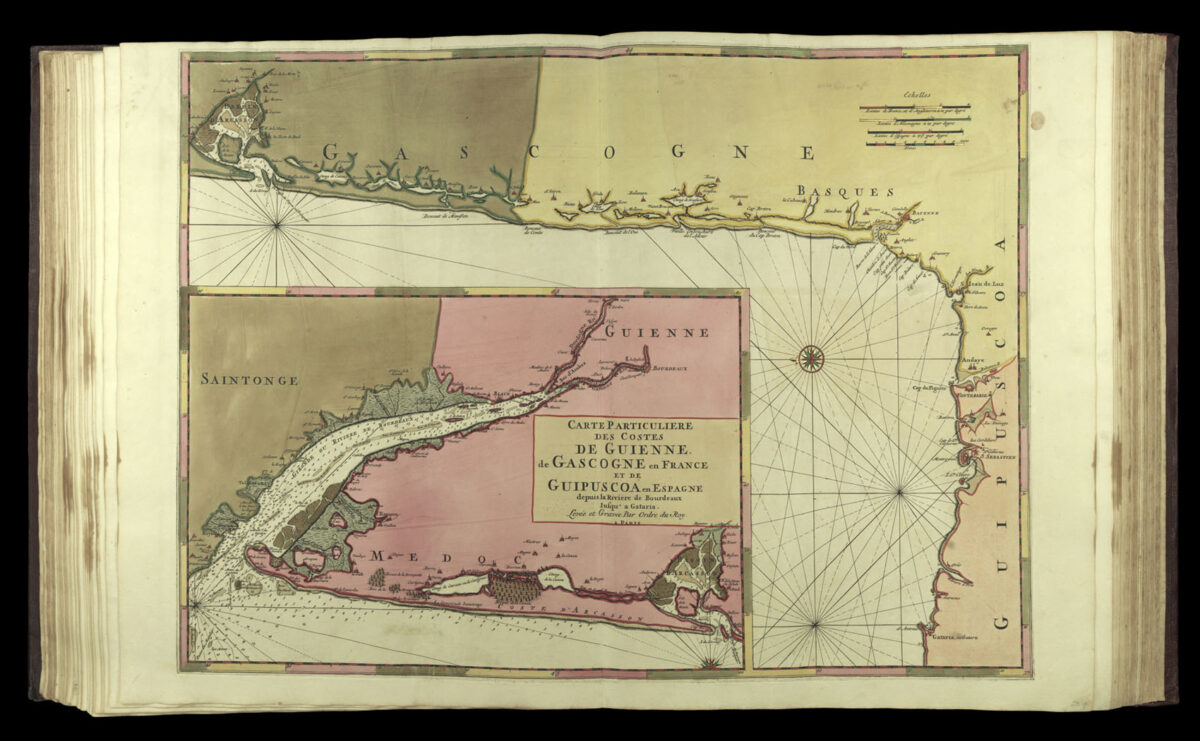 The coast of France

A map of the coast of France to Gascony and of Gipuzkoa in Spain, with an inset of the Gironde Estuary (the convergence of the Rivers Dordogne and Garonne).