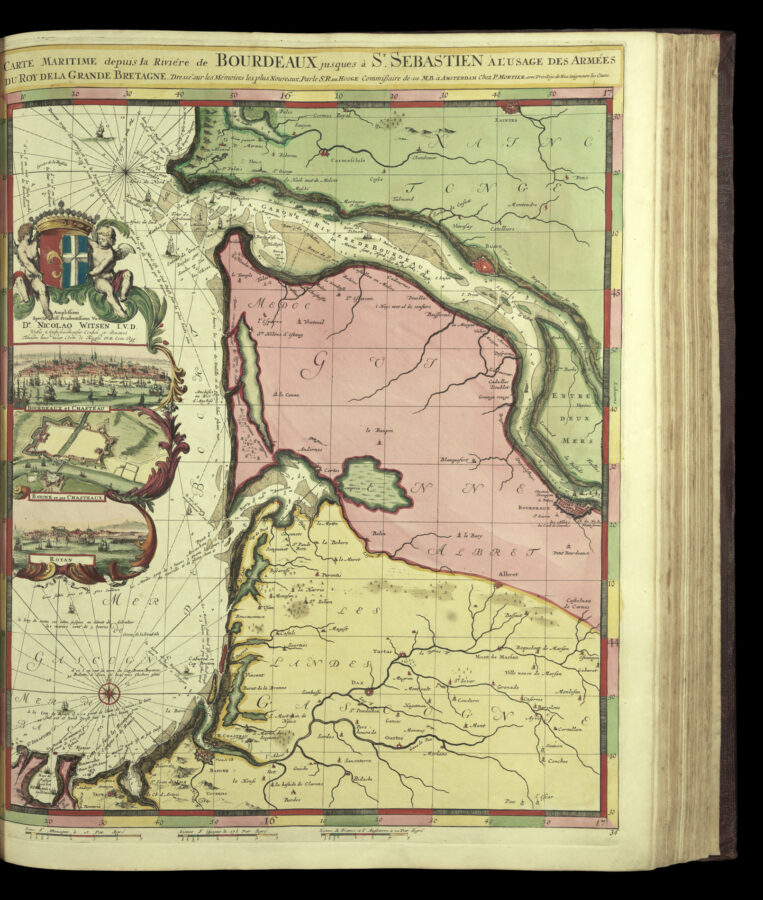 The coast of Bordeux

A map of the coast of Bordeux and the mouth of the Garonne, with coastal views of Bordeaux and Bayonne.