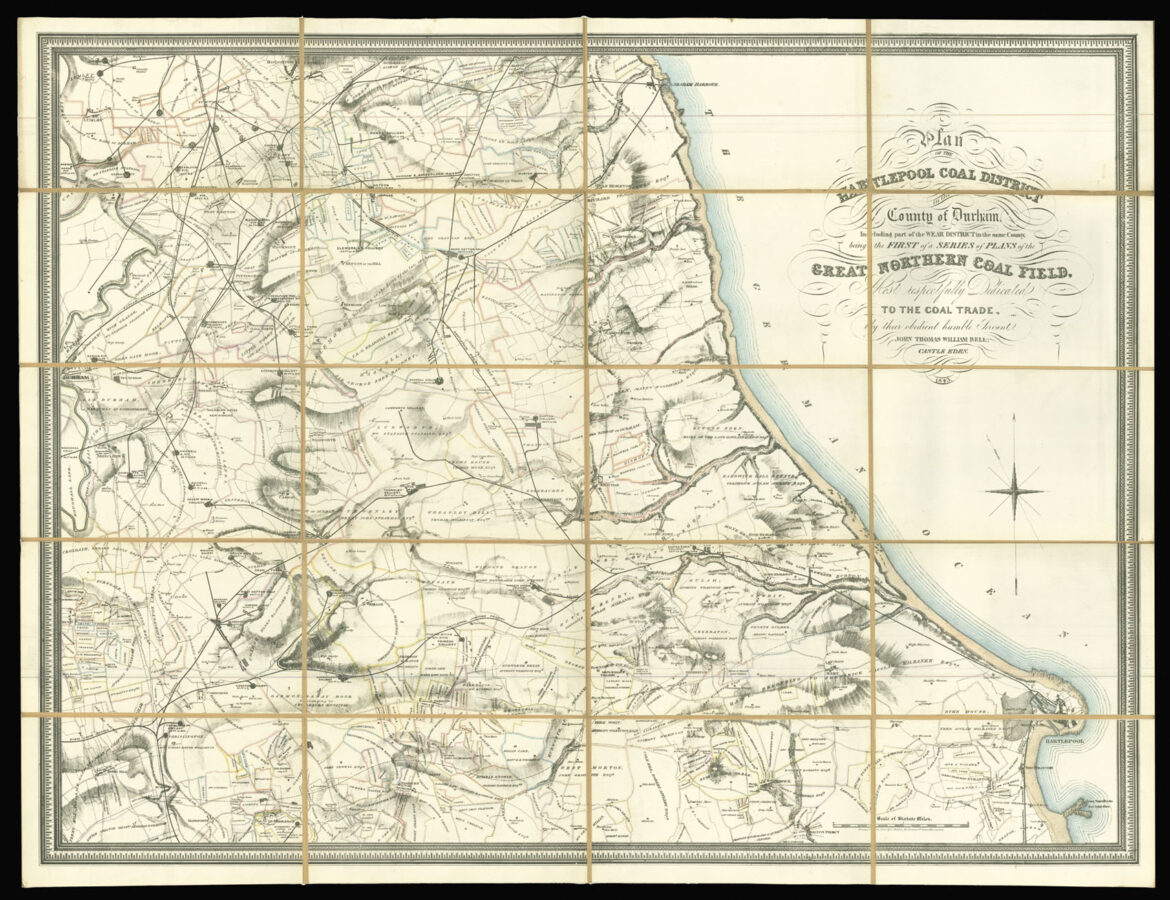 The Coal Fields of Northern England

Rare set of plans of the Great Northern Coalfields.

A complete set of the Great Northern Coalfields maps — six in total — surveyed between 1847 and 1861. The Great Northern Coalfields is the name given to the Northumberland Coalfield and the contiguous Durham Coalfield to its south. The set covers, Hartlepool, Tyne and Wear, Newcastle, Blyth & Warkworth, Auckland, West Northumberland, and Durham. Each map is finely detailed and provides information upon, cities, towns, villages, roads, rivers, railways, gentlemen’s estates, houses, pits, and collieries. The first three plans are respectively dedicated to: the Coal Trade; John Buddle — one of the major influences on the development of the Northern Coalfield; and the renowned engineer George Stephenson.

John T.W. Bell was from a long line of surveyors working in Newcastle. John Bell the Elder — John T.W. Bell’s grandfather — the founder of the firm was apprenticed to John Fryer in around 1770, as a land surveyor and mathematician. He would later open a book shop on Union Street, but was continued to be listed in the directories as a surveyor. His two sons John Bell the younger and Thomas Bell assisted him in both businesses. After their father’s death John Bell moved to Gateshead, where he and his two sons John T.W. Bell and George Gray Bell worked as surveyors.

Scale: 2.5 inches to one statute mile. 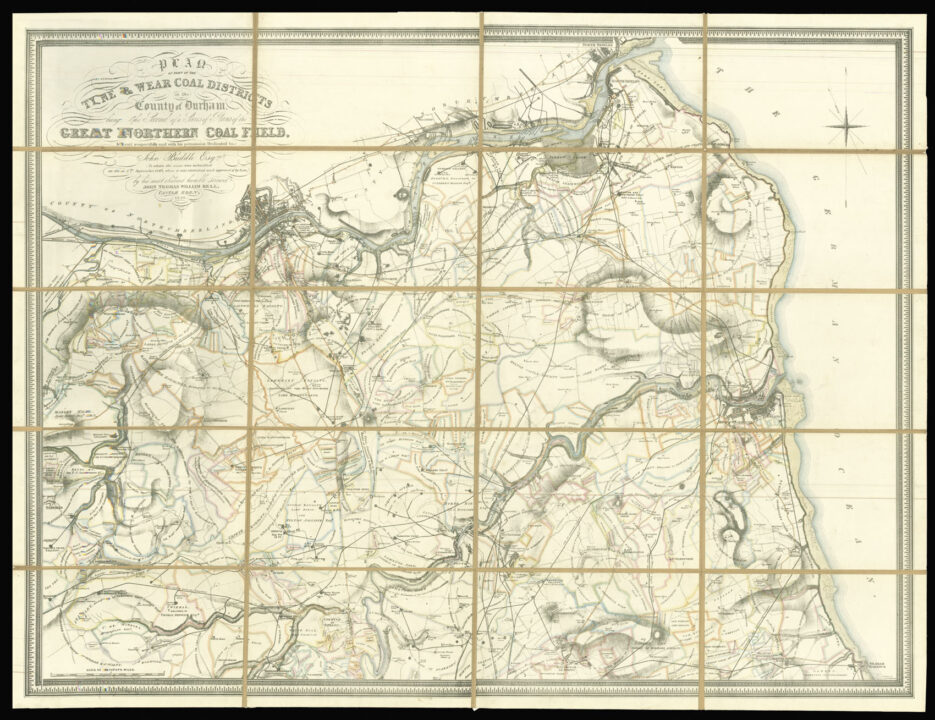 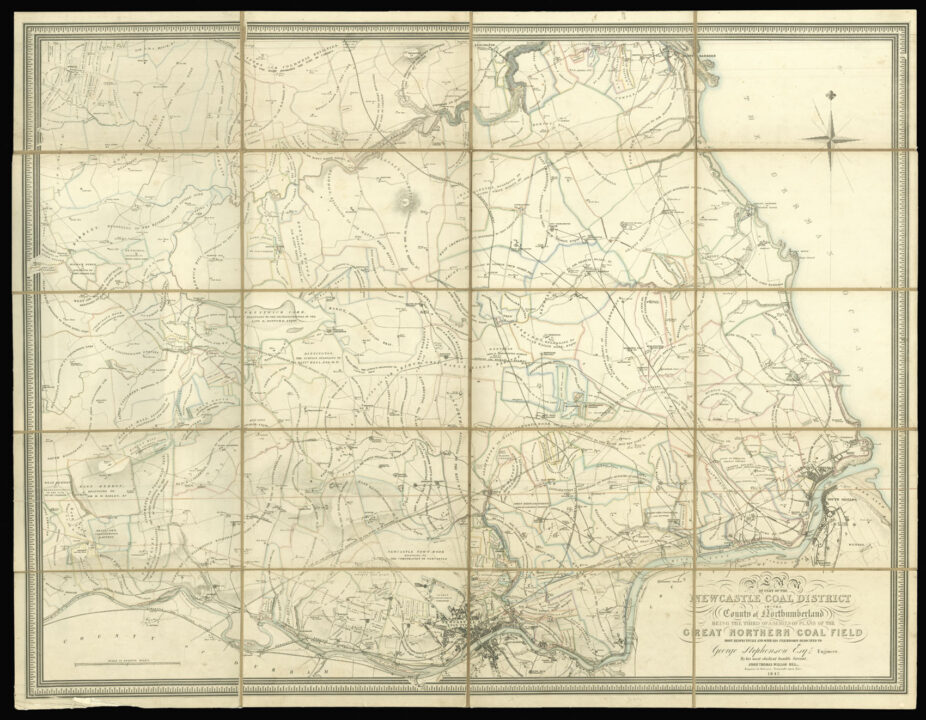 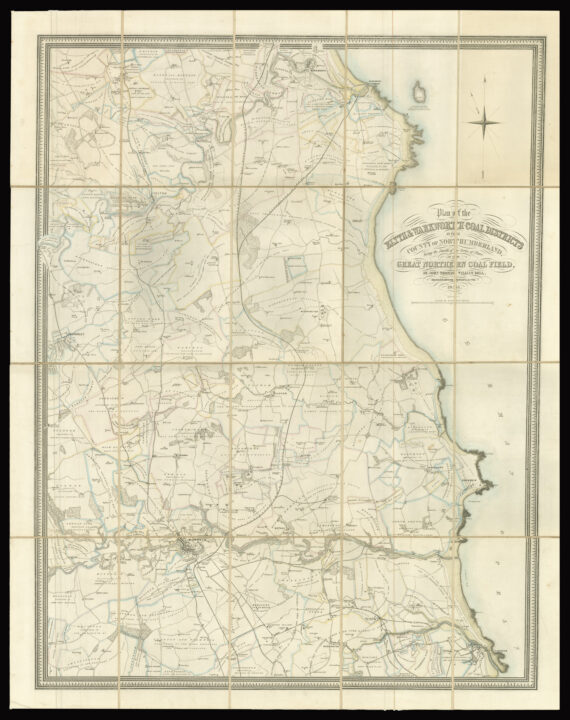 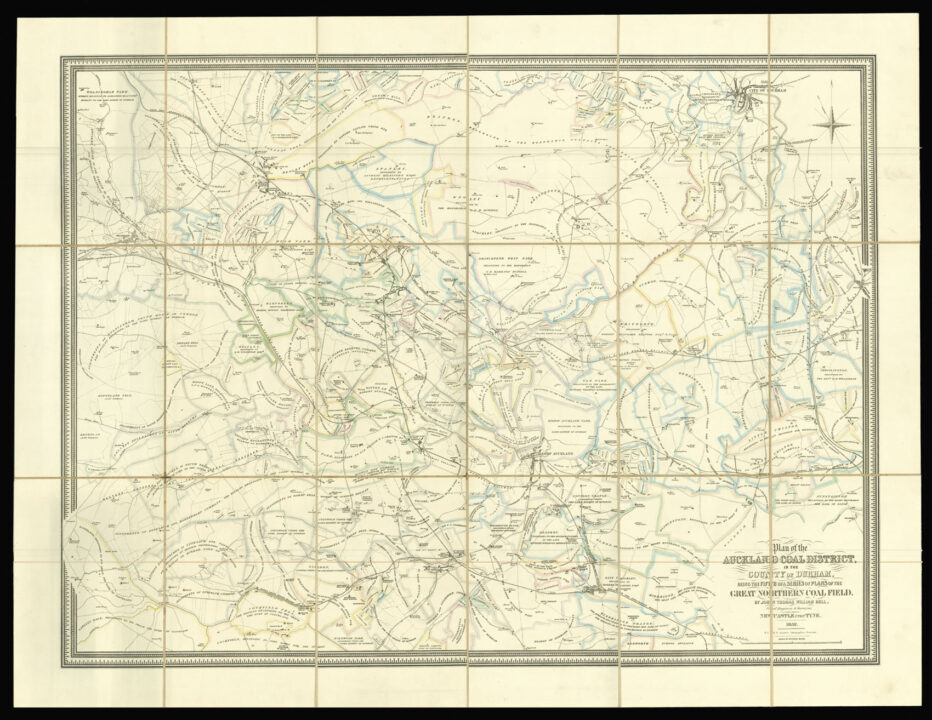 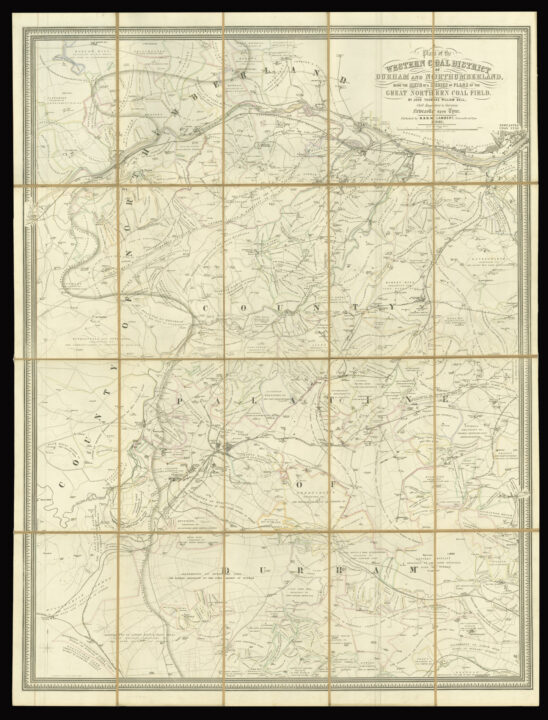