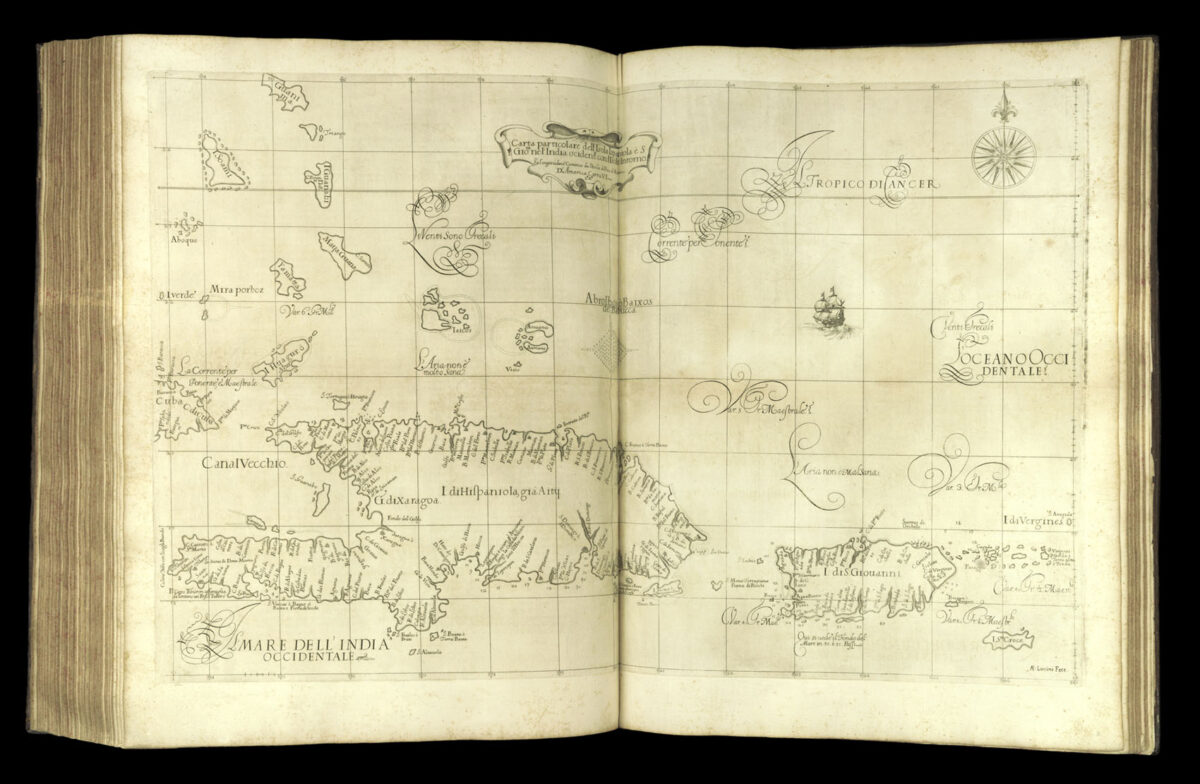 Map showing the Caribbean islands including Hispaniola, the Dominican Republic, Haiti, Puerto Rico, the Virgin Islands and the Bahamas.