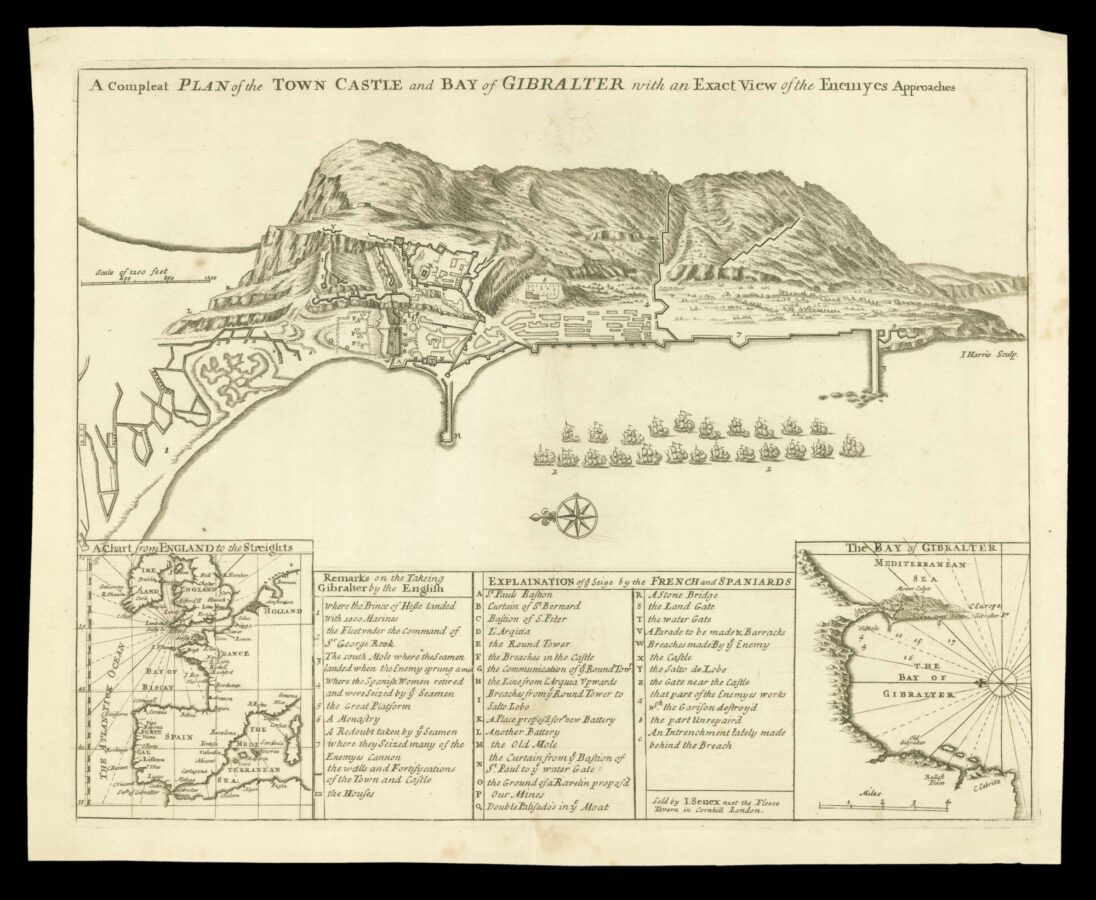 The capture of Gibraltar

The capture of Gibraltar saw a series of maps published to capitalize on public interest. One of the first to appear was this sheet; to put the events into context, Senex added two inset maps, one showing Gibraltar in relation to England and therefore its strategic importance, and one of the harbour. A rival partnership, almost inevitably, described this map as ​“being imperfectly Copied from a large Plan sent over by the Prince of Hesse d’Armstad, one half of the Enemy’s Approaches being left out. This is to give Notice, that next Week will be Publish’d” their (by implication, accurate) version (Daily Courant, issue 941, for 21st April, 1705).

The map was much re-issued, with later printings revised and updated into the 1760s, but this is the first printing.