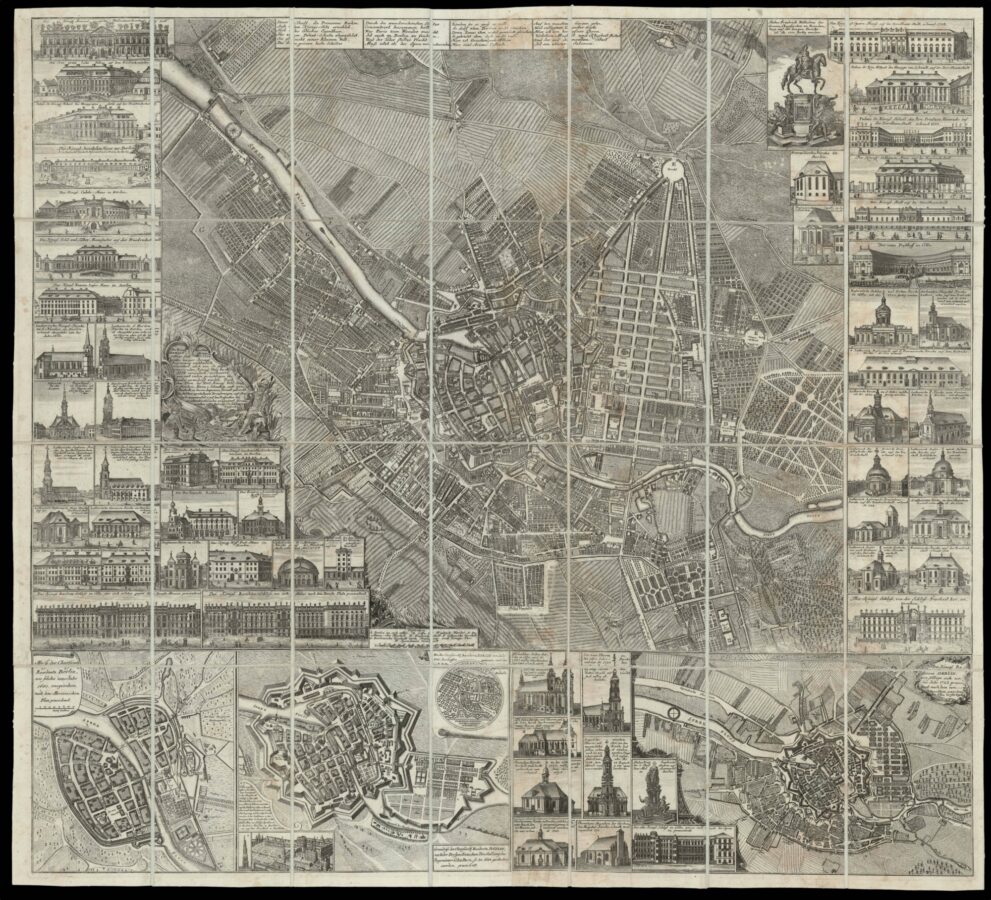 A fine and detailed plan of eighteenth century Berlin.

Berlin was made capital of the Kingdom of Prussia in 1701 and in 1709 the city was merged with the historic town of Cölln and the suburbs of Dorotheenstradt, Friedrichs-werder and Friedrichstadt to form the ​“Royal Capital and Residence City” of Frederick I. The King enlarged the army and made the city a major garrison, creating new squares and avenues to serve as military parade-grounds. The city had now become a major European capital, fit to compete with the rest.

The plan is based upon Samuel von Schmettau’s map of 1748. Schleuen has augmented it with the latest urban developments, shown the demolition of the seventeenth century fortifications, and added the prospects of the city’s most important buildings. In the lower half are four inset maps of Berlin through the ages, by Merian, Schultz, Faltz and Dusableau.

Rare. The first edition of the map was published in 1753–54, with a second edition, as present, appearing in 1773. Copac records only one institutional example of the first edition, kept at the British Library.