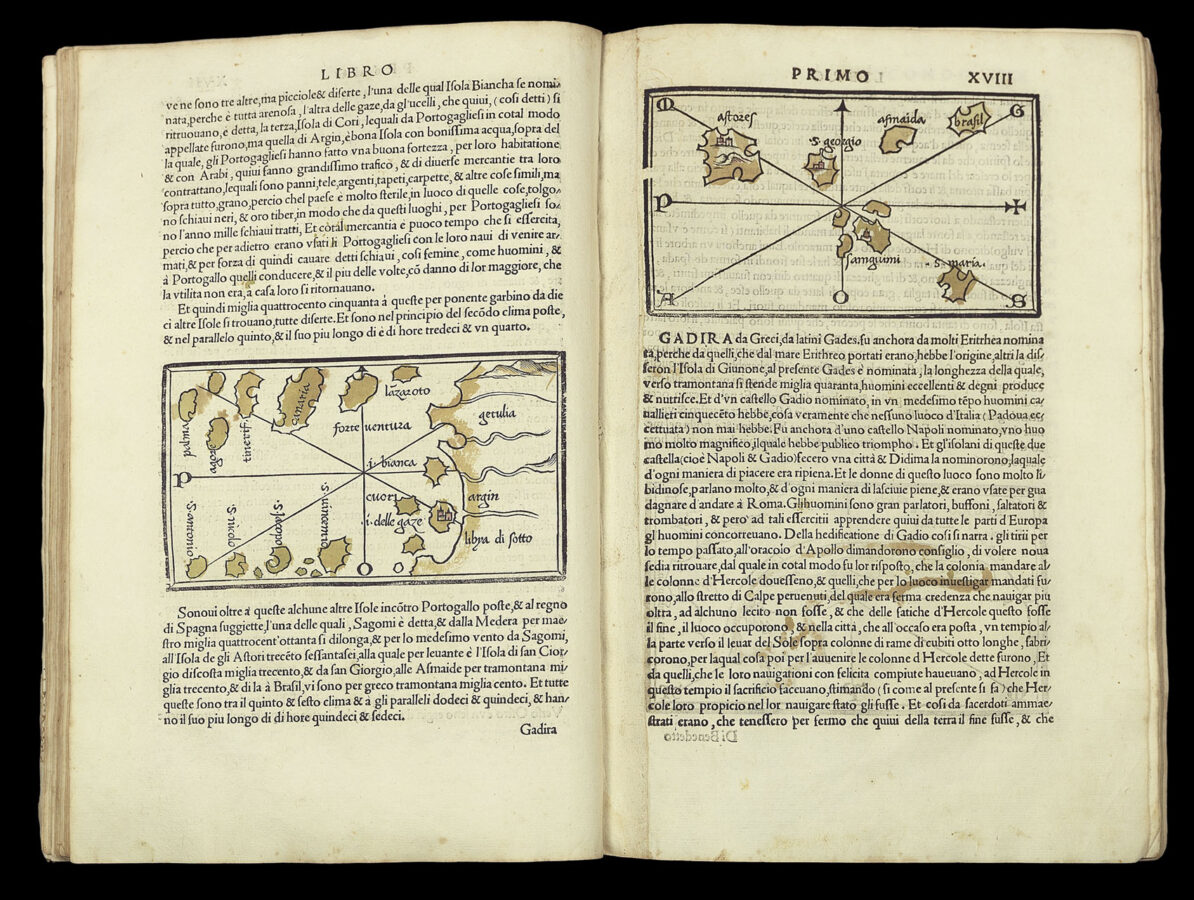 The Canary Islands and Atlantic islands

[The Canary Islands and other Atlantic islands]

On the left, a map showing the Canary Islands off the northwest coast of Africa; on the right, a group of Atlantic islands.