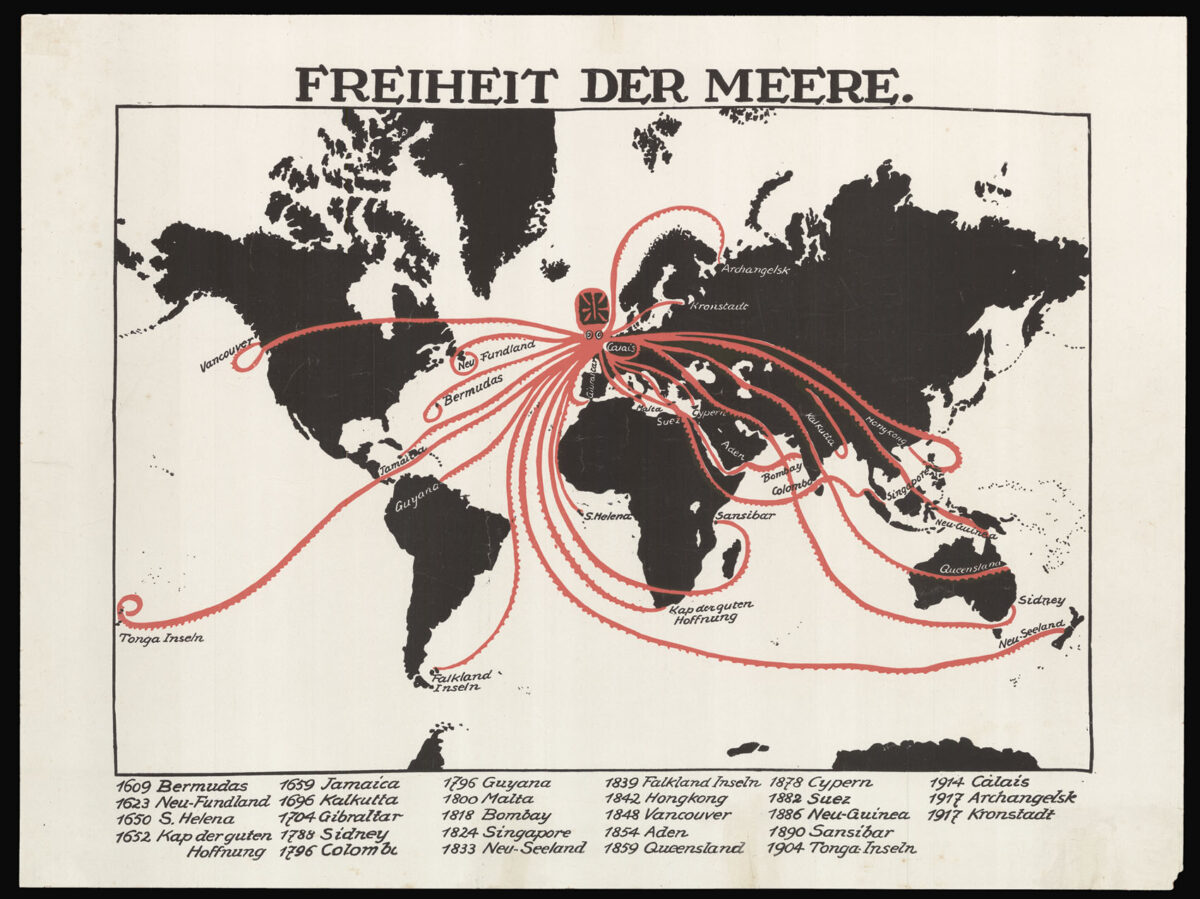 In early 1918, the MAA, the Military Department of the German Foreign Office, began a new poster campaign contrasting the US President Woodrow Wilson’s idealism outlined in his ​‘Fourteen Points’, set against the imperial legacies and ambitions of the Allied powers such as Great Britain and France. One of Wilson’s ​‘Fourteen Points’, was the principal of ​‘Freedom of the Sea’:

​“Absolute freedom of navigation upon the seas, outside territorial waters in peace and in war, except as the seas may be closed in whole or in part by international action for the enforcement of international covenants“

A principle that was rejected by both Great Britain, who’s naval ruled the waves, and also by France and Germany.

The poster depicts Britain as a many tentacled Octopus encircling and choking the world. Below the map is a list of 27 colonial acquisitions and conquests from 1609 (Bermuda) to 1917 (Kronstadt), made possible through Britain’s status as the world’s leading naval power.