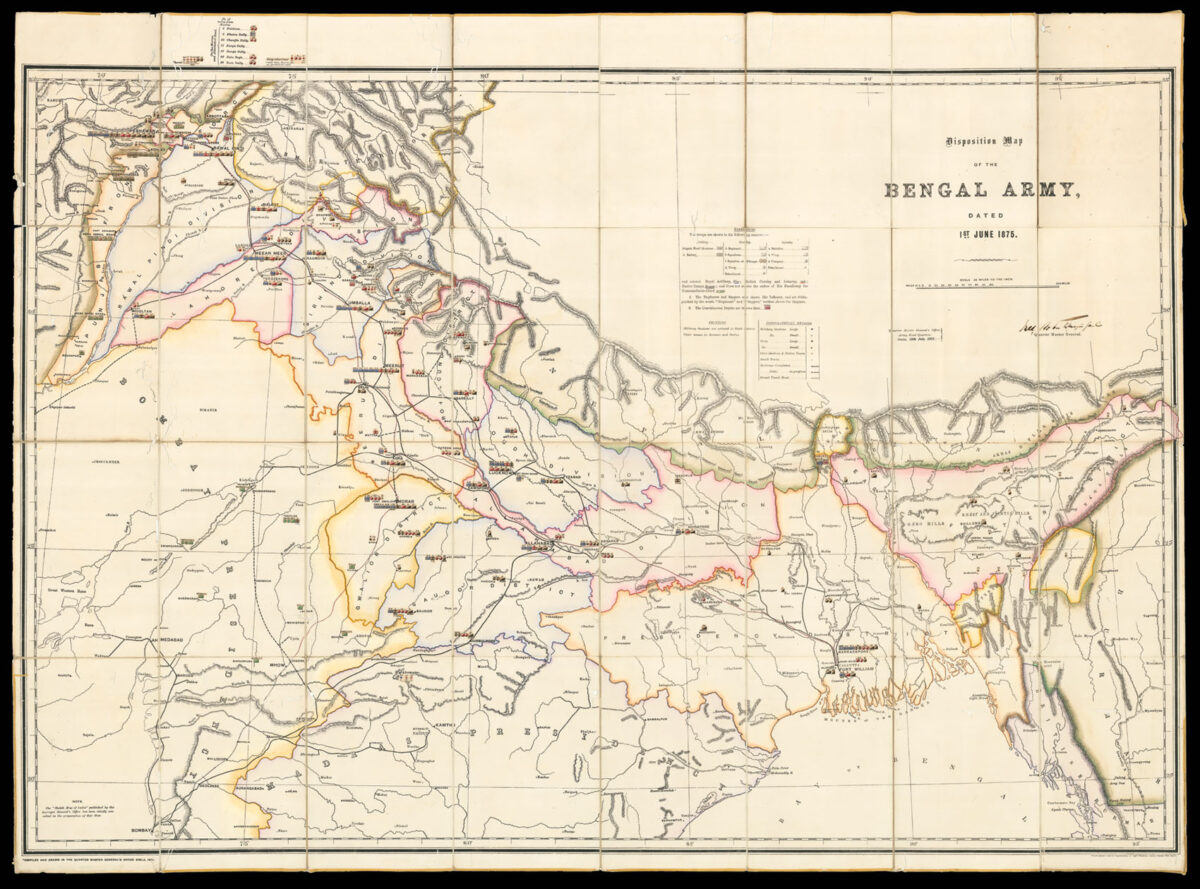 Rare and detailed map of Bengal detailing the disposition of the British Bengal Army.

This superbly detailed map provides information upon the composition and disposition of the Bengal Army during the early years of the Raj. The key to the map lists artillery brigade head quarters, and batteries; cavalry regiments, squadrons, troops, and detachments; infantry battalions, wings, companies, and detachments. The Royal Artillery are highlighted in blue; the cavalry and infantry red; native troops brown; and those not under the orders of the Commander-in-Chief green. Also marked are military stations, small and large; forts, small and large; civil stations and native towns, small towns, completed railways, railways under construction, and trunk roads. The various military units have been pasted onto the map, with each one bearing their regimental number.

Captain James Waterhouse was an officer in the Bengal Staff Corps, and was promoted to the rank of Major four years after this map was made.

Rare we are unable to trace any institutional examples of the present work. The British Library has a map bearing the same title on the same scale, but dated 1884 and compiled by E. Noble.