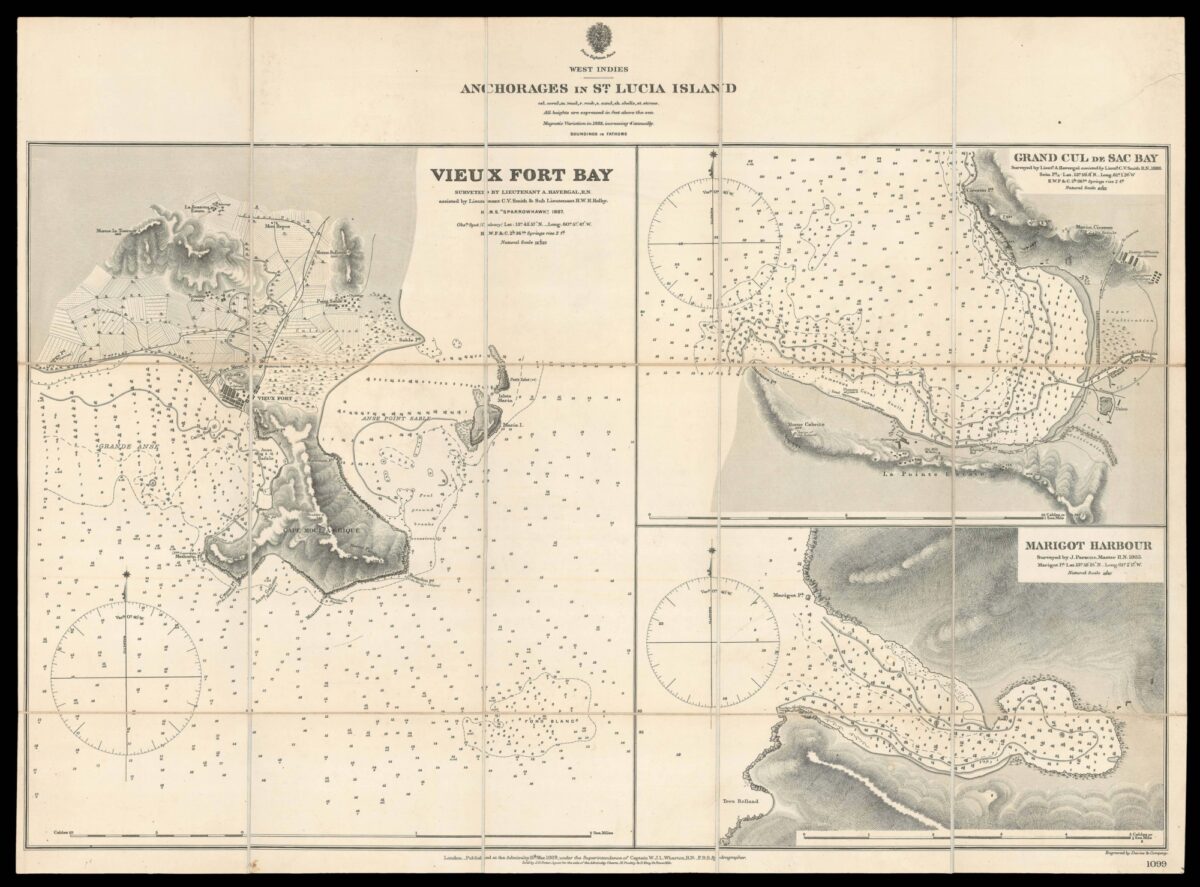 The Bays of St. Lucia in the nineteenth century

The chart depicts the three principle bays on the island of St Lucia: Vieux Fort Bay; Grand Cul de Sac Bay; and Marigot Harbour. The charts bear soundings, compass roses and other signs of the sea. Vieux Fort Bay contains a great deal of information on the make up of the port and the surrounding countryside.

Since the mid seventeenth century the Caribbean island of St. Lucia has been a consistent controversial issue in the colonial politics England and France. Located between the English headquarters of Barbados and the French equivalent of Martinique St. Lucia was seen as the perfect place to take over the local sugar industry which was established as early as 1763. The European conflicts of both countries, such as the Seven Years’ War, the American Revolutionary War or the French Revolution were hold in St. Lucia as well. Following several changes of sovereignty between the two European countries over the cause of nearly two decades the island was finally ceded to Britain in 1814.