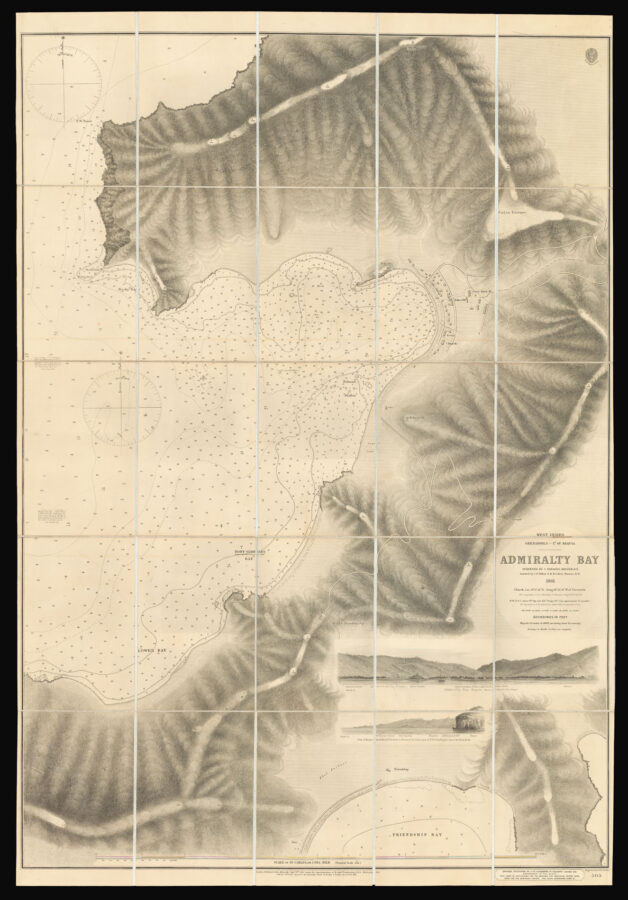 The Bay of Bequia and Port Elizabeth

This detailed Admiralty chart depicts Admiralty Bay and the island’s capital Port Elizabeth. The town is shown in it’s infancy with a church, rectory, police station, and a few other houses scattered along two main roads. Elevation is shown by hatchures, with summits marked in fleet. To the see are soundings, achorages and other signs of the sea; bays are named including Tony Gibbons Bay, which would in the twentieth century be named after Prince Margaret who was a frequent visitor to the island. Below the title are two coastal profiles of Admiral Bay, and the town of Kingstown.

Rare not traced at the National Maritime Museum.