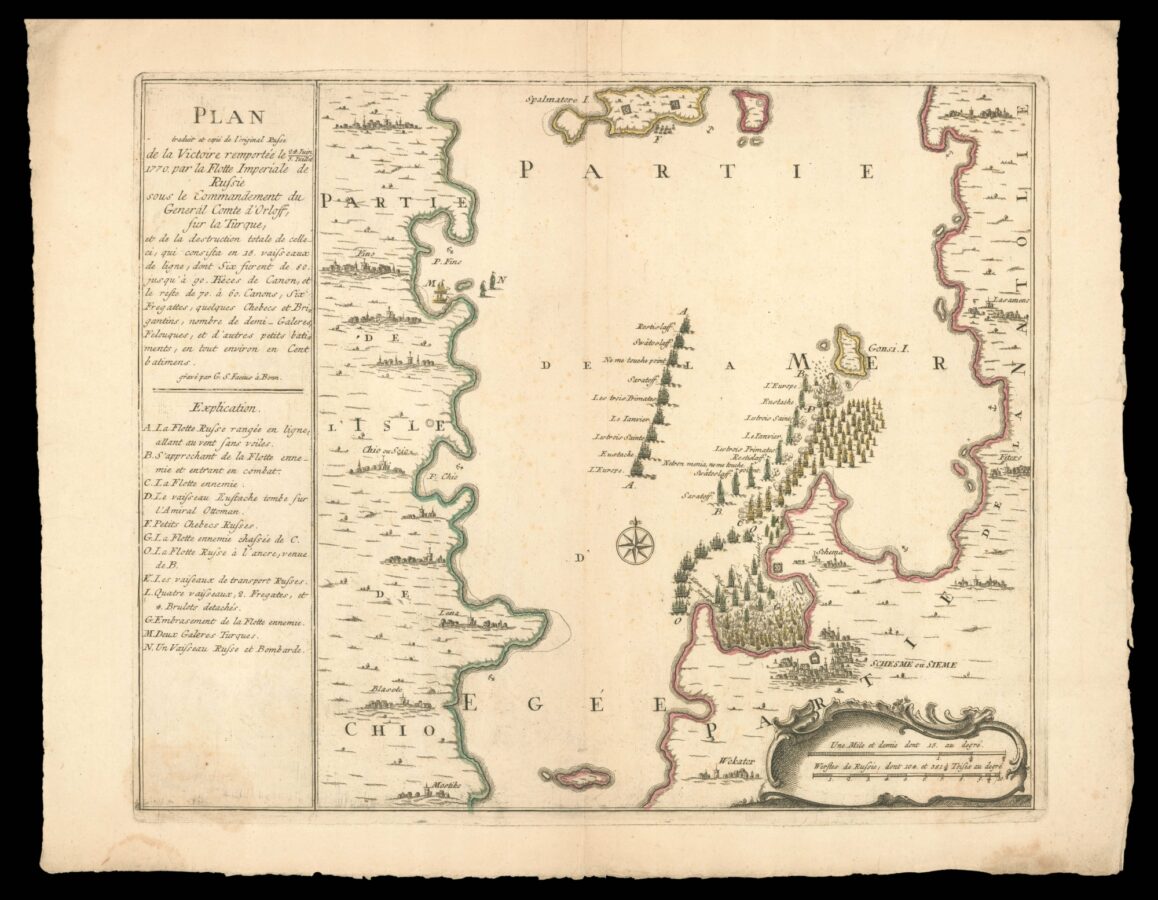 The Battle of Chesma

A scarce map showing the Battle of Chesma in 1770, fought between Russian and Ottoman fleets during the Russo-Turkish War (1768–1774). The battle was fought in the prelude to the Greek War of Independence, and was a crushing defeat for the Ottoman navy. The accompanying French text is based upon a Russian map ​‘Plan Pobedy Imperatorskim Rossiiskim Flotom pod Kommando In Generala Grafa Orlova Nad Turetskim’.

The engraver Georg Sigismund Facius was born in Regensburg in 1750 and was educated together with his twin brother Johann Gottlieb in Brussels, where their father was working as Russian consul. They worked in Bonn in the early 1770s and produced several maps concerning the Russo-Turkish War. In 1776 they moved to London, where they worked for Boydell as print engravers.

No examples recorded in libraries worldwide.