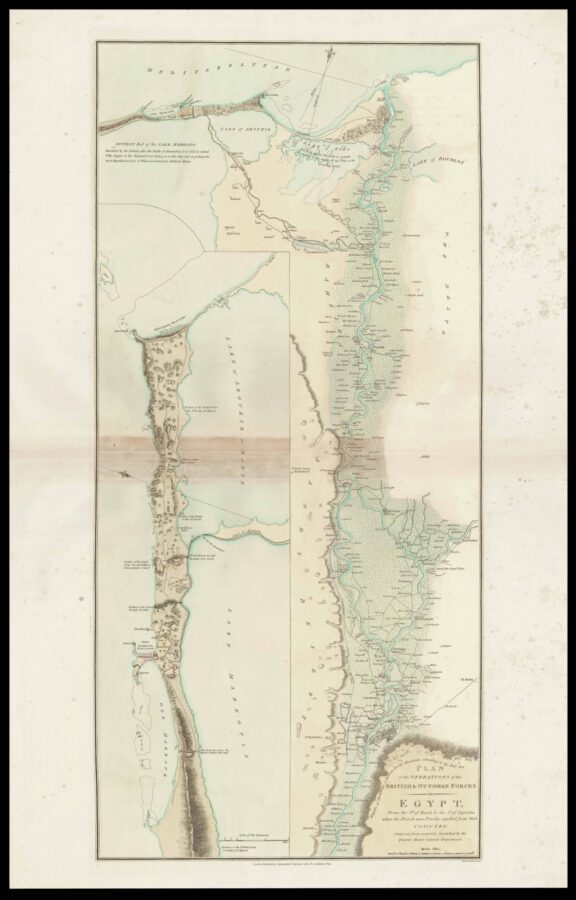 The Battle of Alexandria

Plan of the Operations of the British & Ottoman Forces in Egypt From the 8th of March to the 2nd of Sept[embe]r 1801, when the French were Finally expelled from that Country. Composed from materials furnished by the Quarter Master Generals Department.

Detailed map of Lower Egypt from Alexandria to Cairo, with a large inset plan of the Battle of Alexandria.

The Battle of Alexandria was the last major engagement in the Egyptian Campaign. The victory of the British force against the French would lead eventually to France’s withdrawal from Egypt, with many of France’s archaeological spoils, including the Rosetta Stone, being handed to the British.

Arrowsmith’s general map is superbly detailed and shows the movement of Anglo-Ottoman forces down the Nile to Cairo where they gained the surrender of the French force on the 18th June 1801. The inset shows British disembarkation, with British and French battle lines well marked.