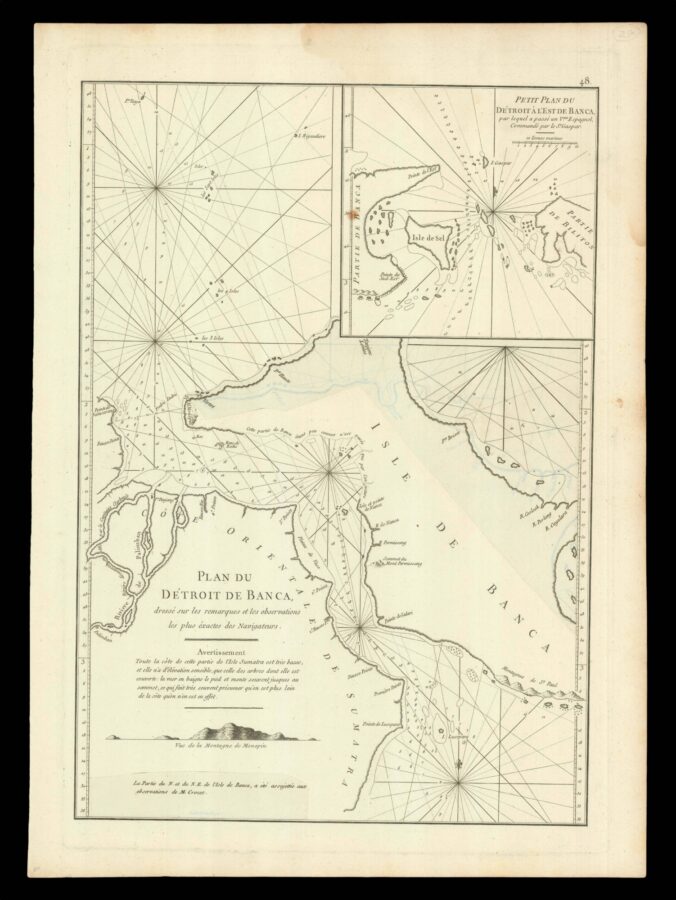 Navigable chart of the Bangka Strait, off the east coast of Sumatra, with an inset of the strait between Bangka and Belitung, ​‘Petit plan du détroit à l’Est de Banca,’ upper right.