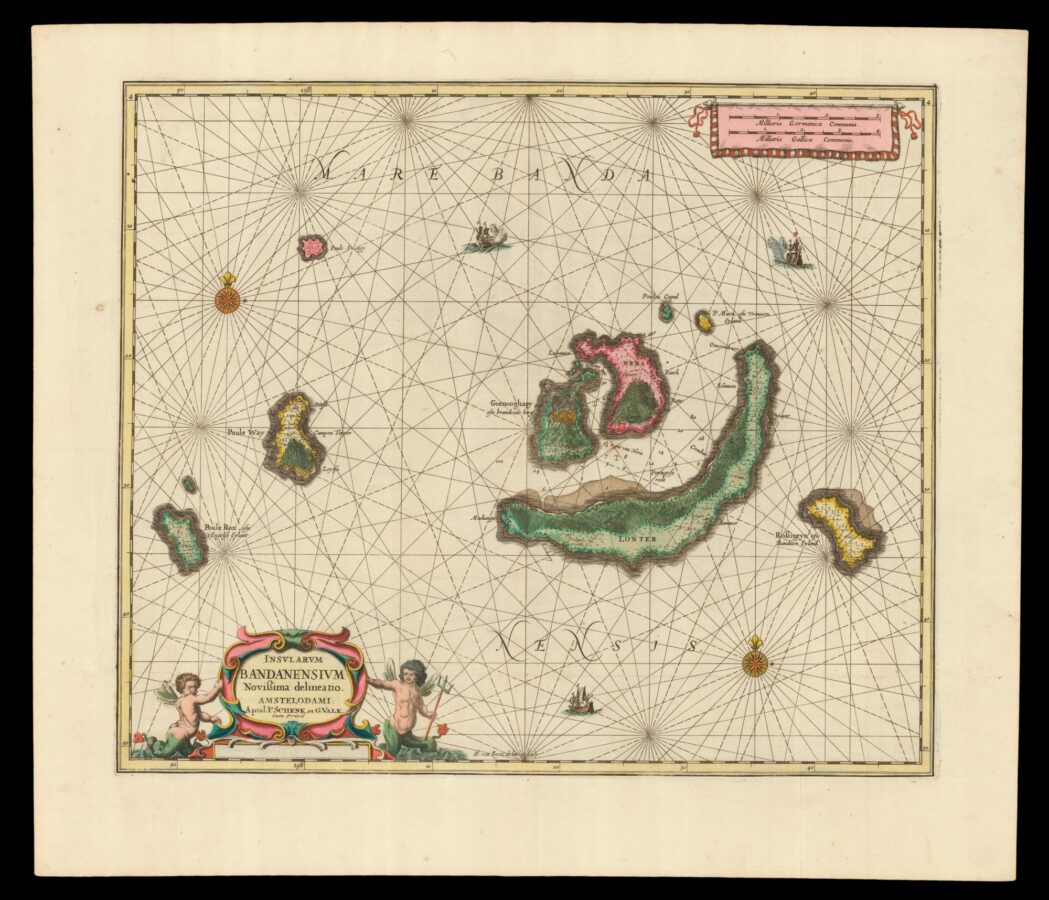 The Banda Islands lie south of Seram Island in the Molucca Islands, in the Banda Sea. This large-scale detailed chart is centred on the island of Gunung Api and its disruptive volcano. Information regarding the islands of Ambon, Seram and Banda was strictly controlled in order to protect the VOC’s effective monopoly on the trade in nutmeg and cloves. ​“Having calculated that their market could be supplied from the clove production on Ambon alone, it set about destroying all the clove trees on Seram though happily without complete success. This policy was more effective, however, on the small island of Pulau Run, where the VOC succeeded in extirpating all the nutmeg trees that grew there, thereby ensuring that the English, who had been allowed to remain on a tiny coral islet just to the north of the island could not profit from their fruit” (Suarez 235).

Van Loon began collaborating with Johannes Janssonius in 1650, and this map, engraved by van Loon, was first published in the 1657 edition of Janssonius’s sea-atlas of the world, ​‘Waterwereld’, volume five of his ​‘Novus Atlas’. Janssonius died in 1664, and his heirs continued the business until 1676, when the atlas inventory was sold to Abraham Wolfgang along with some of the copperplates which were later sold on to Schenk and Valk, who erased Janssonius’ imprint and replaced it with their own.

Johannes van Loon (1611–1686) ​“was an accomplished mathematician and astronomer. His earliest cartographic works were with Theunisz Jacobs in the 1640s. From 1650 he worked with Joannes Janssonius, engraving amongst other works the plates for his celestial atlas by Cellarius, 1660. In 1661, he published his first work with his brother, Gilles; the ​‘Zee Atlas’ containing thirty-five maps. In 1666 the plates were sold to Jan Jansson van Waesberge, with whom he then co-published the atlas. This edition was expanded to forty-seven maps, and by 1676 there were fifty” (Burden). 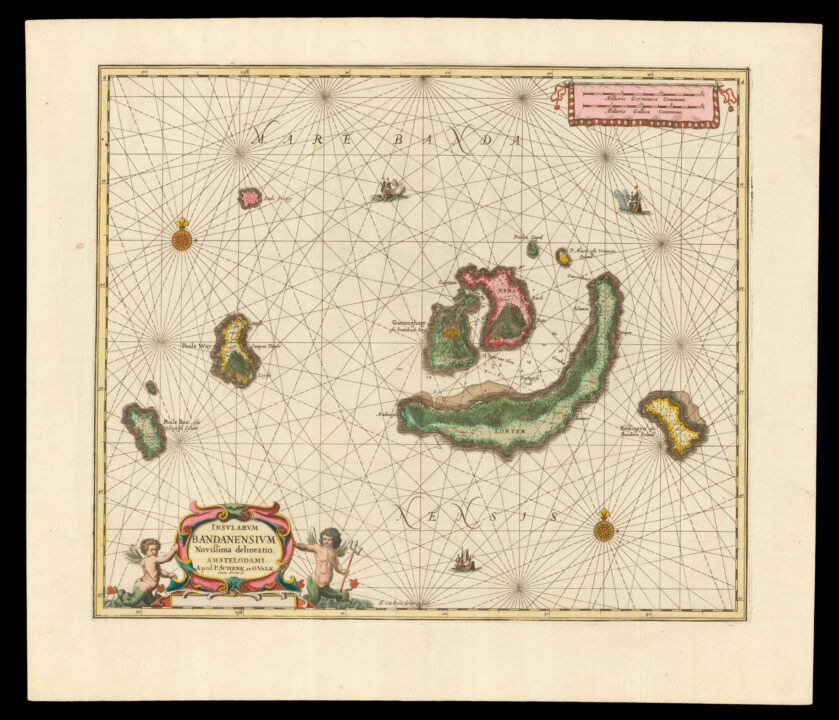