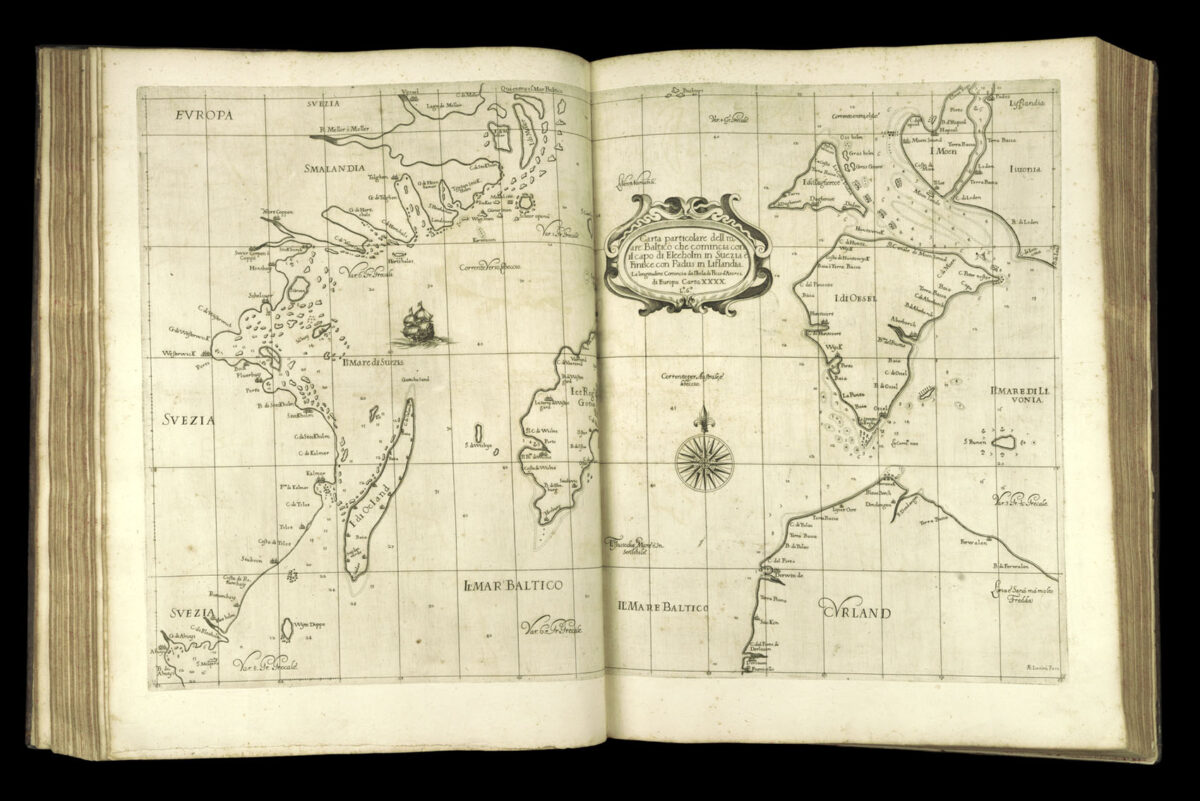 Map showing the Baltic Sea, with the coasts of Finland and Sweden on the left and Estonia and Latvia on the right.