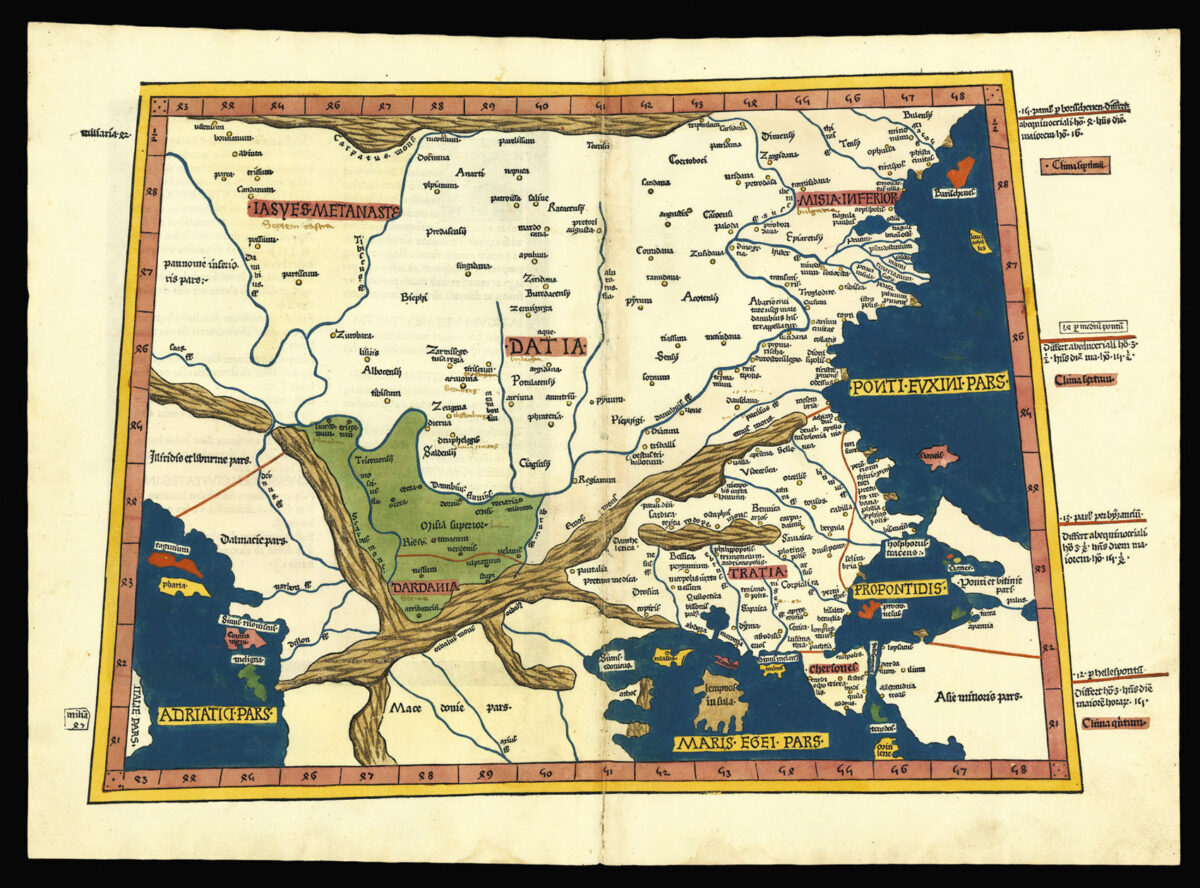 This striking map depicts the Balkans as envisaged by the second century A.D, cartographer Claudius Ptolemaeus, and is one of the earliest obtainable prints maps of the area. The map extends from the Carpathian mountains in the north to the Dardanelles in the south. To the west the island of Corfu is picked out in red, with the tip of Turkey (Asie minoris pars) to the east. The map is dominated by ​“Datia” (The Dacian Empire) covering parts of modern day Romania, Serbia, and Bulgaria. The Dacian Empire had become part of the Roman Empire at the beginning of the first century AD.