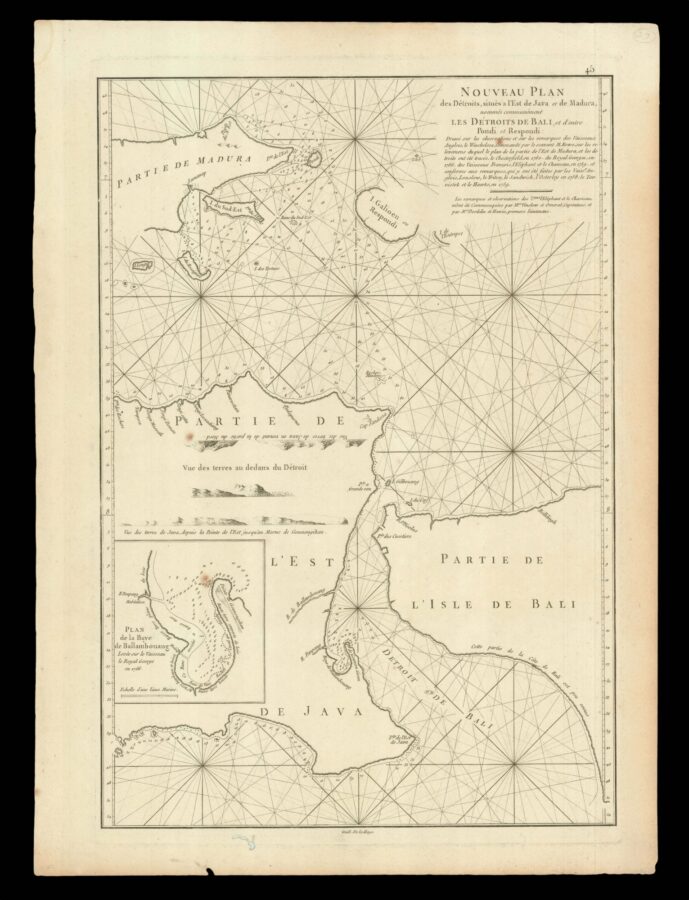 Navigable chart of the Bali Strait, between Java and Bali, Indonesia, and including the eastern end of Pulau Madura, Gili Iyang and Pulau Sapudi. With an inset chart ​‘Plan de la Baye de Ballambouang levée sur le Vaisseau le Royal George en 1766’, and a number of coastal profiles. A note beneath the title credits several surveys by English and French vessels, made during the 1750s and 1760s for the information in this chart. 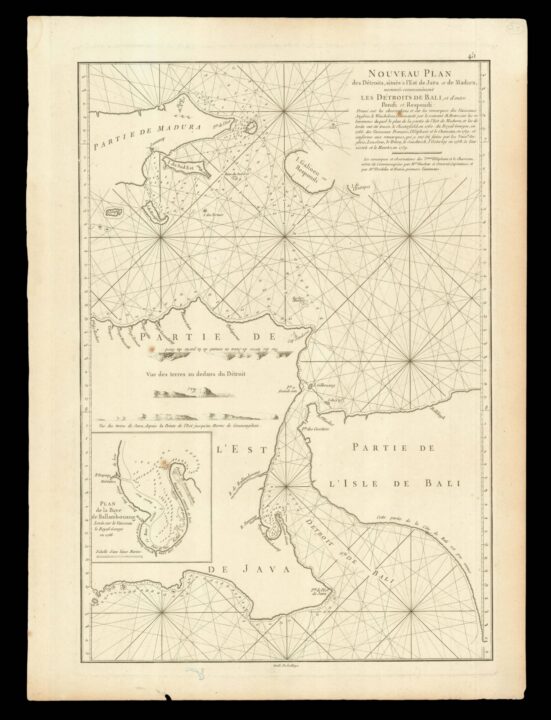