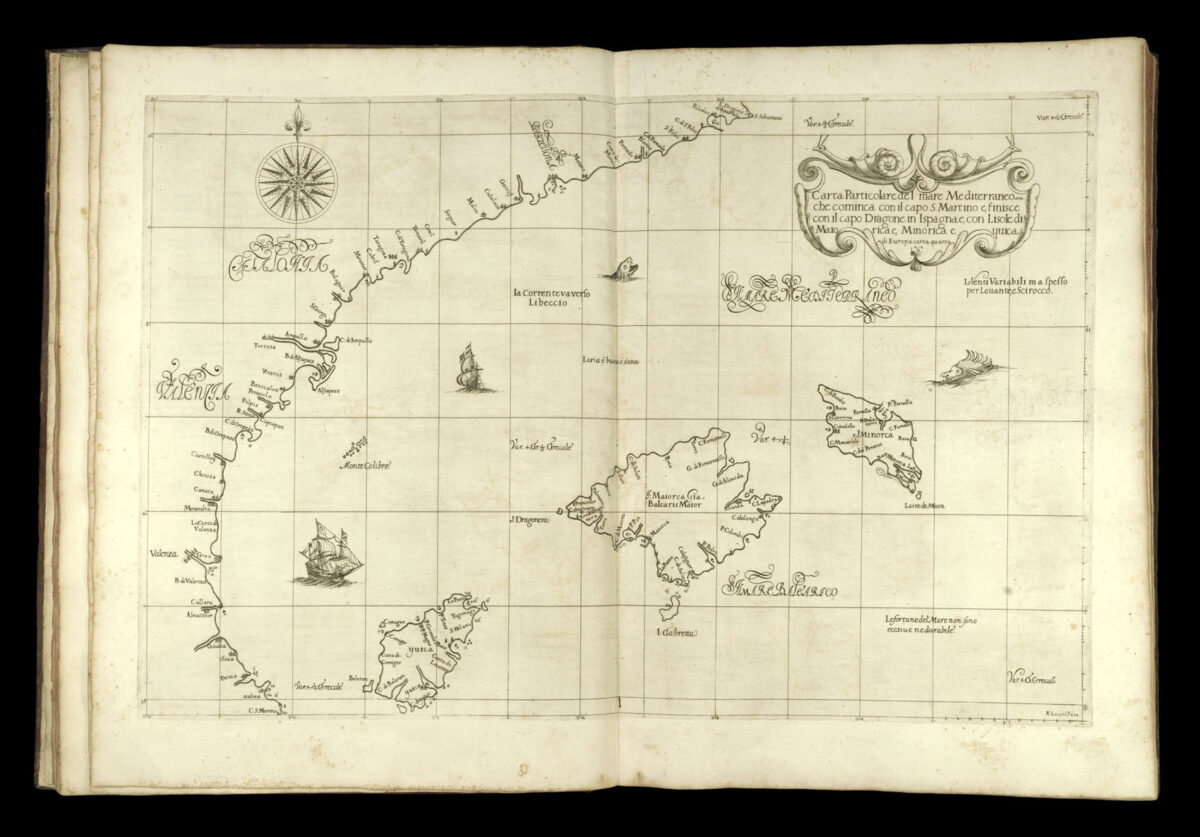 The map shows the southeast coast of Spain and the Balearic Islands, apart from Formentera. The relative position of the islands is corrected from the previous map in the atlas of the western Mediterranean. The text to the right of Mallorca reads ​“The fortunes of the sea are neither simple nor long lasting.“