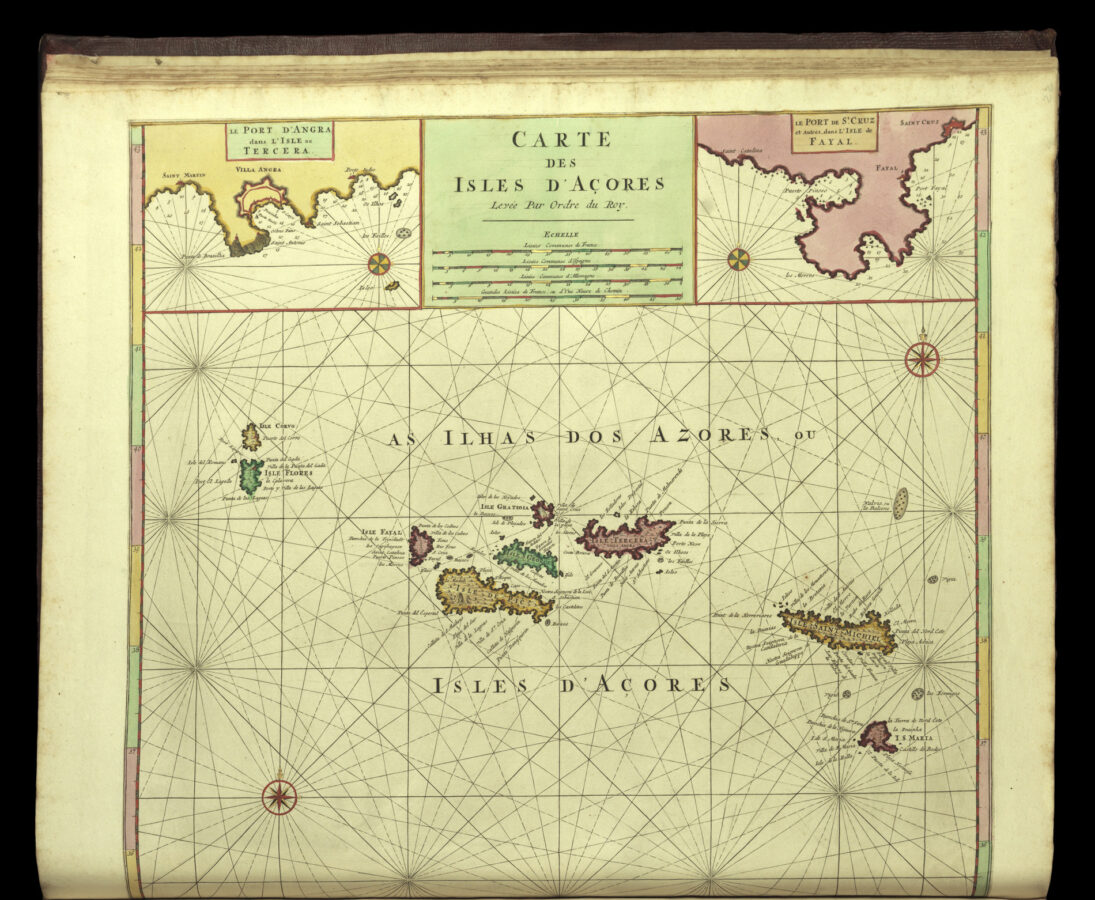 A map of the Azores, with inset maps of Terceira and Faial.