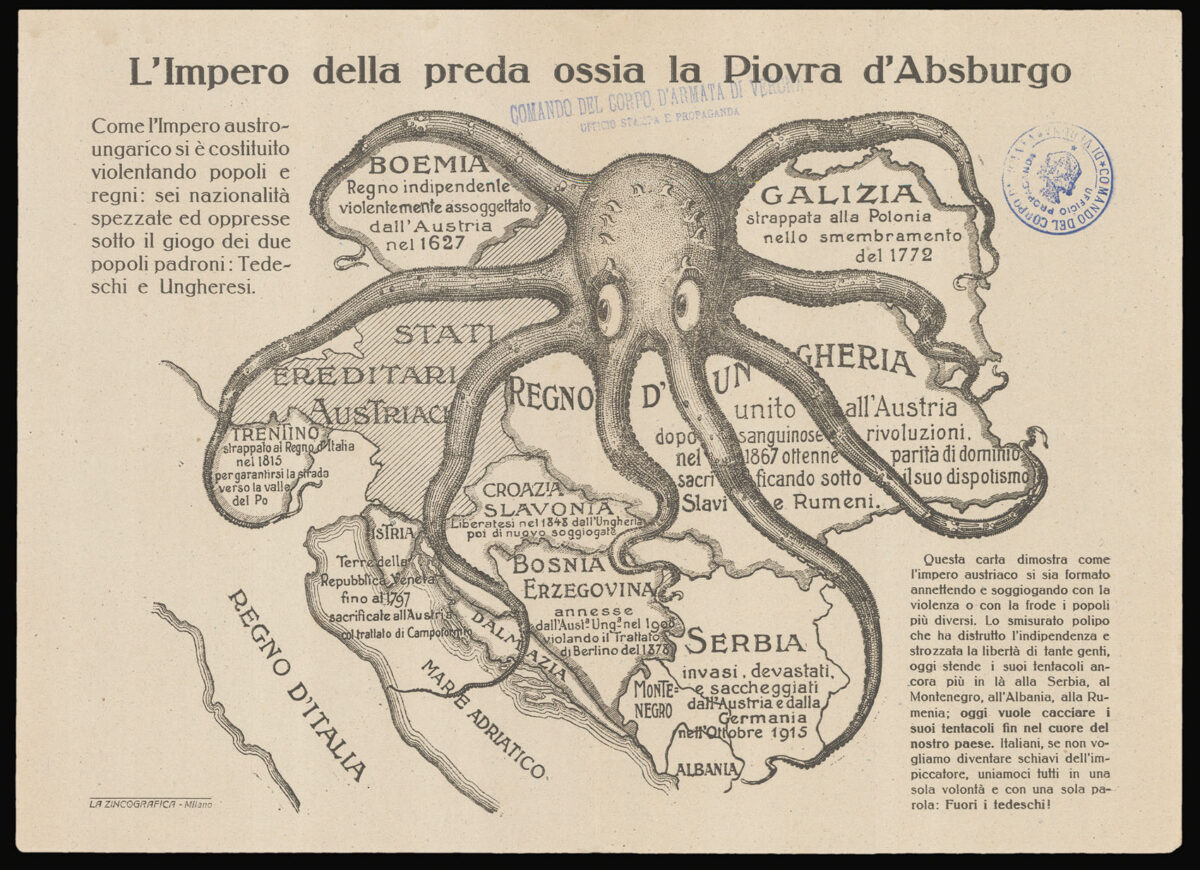 A propaganda sheet attacking the Austro-Hungarian Empire, showing it as an octopus with its tentacles wrapped around the various territories it had absorbed, including the former Italian regions of Trentino and Istria.

Although Italy had joined the Entente powers against Germany and Austria in May 1915, public opinion was still divided. Not only did the Socialist parties oppose the war, but the Italian government also had existing diplomatic grievances with both Britain and France.