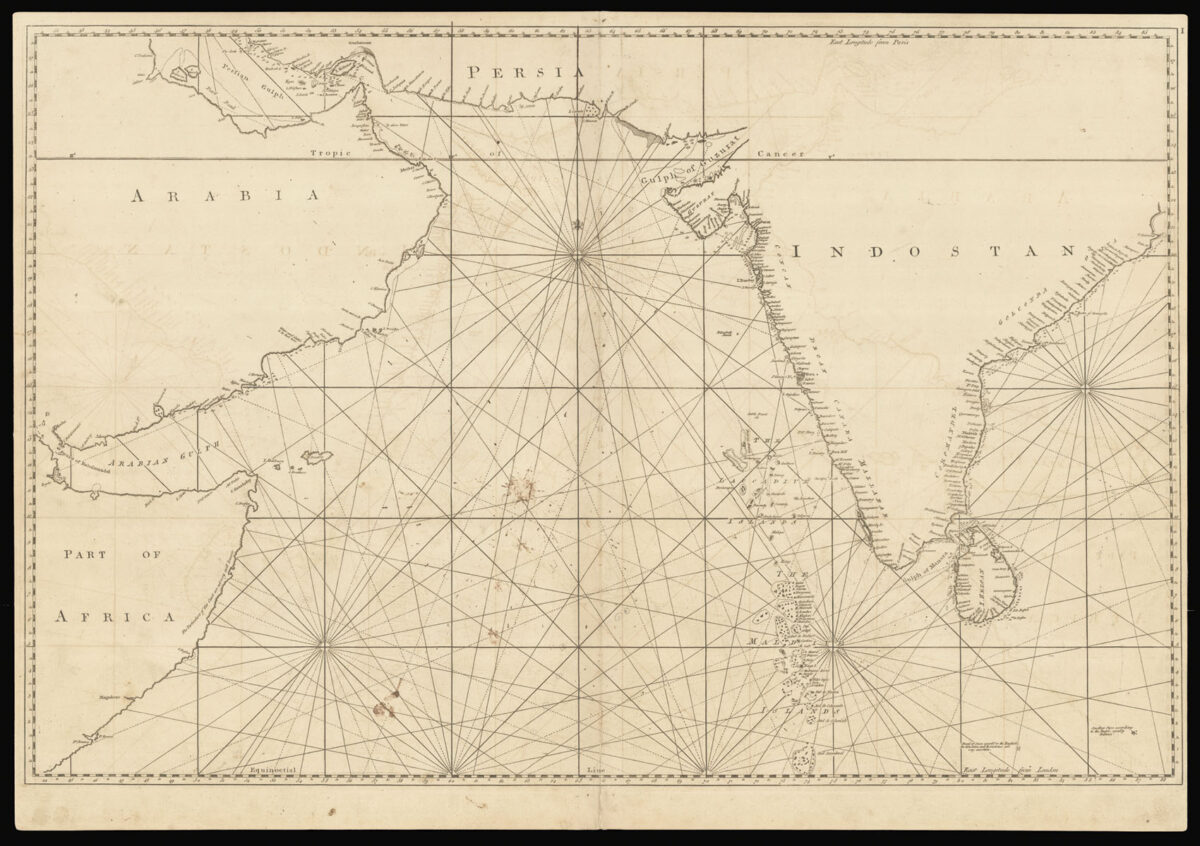 By HERBERT, William and Henry GREGORY, 1787

Very rare untitled chart of the Arabian Sea, showing the east coast of Arabia including the Pearl banks and the Islands of Bahrain and Samake. The southern coast of Persia is described in detailed, although the Horn of Africa is mostly a blank space. The whole of southern India and Ceylon appear, as do the Maldive Islands.

Gregory acquired Herbert’s stock and started reissuing his charts in 1777 and his ​‘New directory for the East Indies’, which included this map, in 1787.