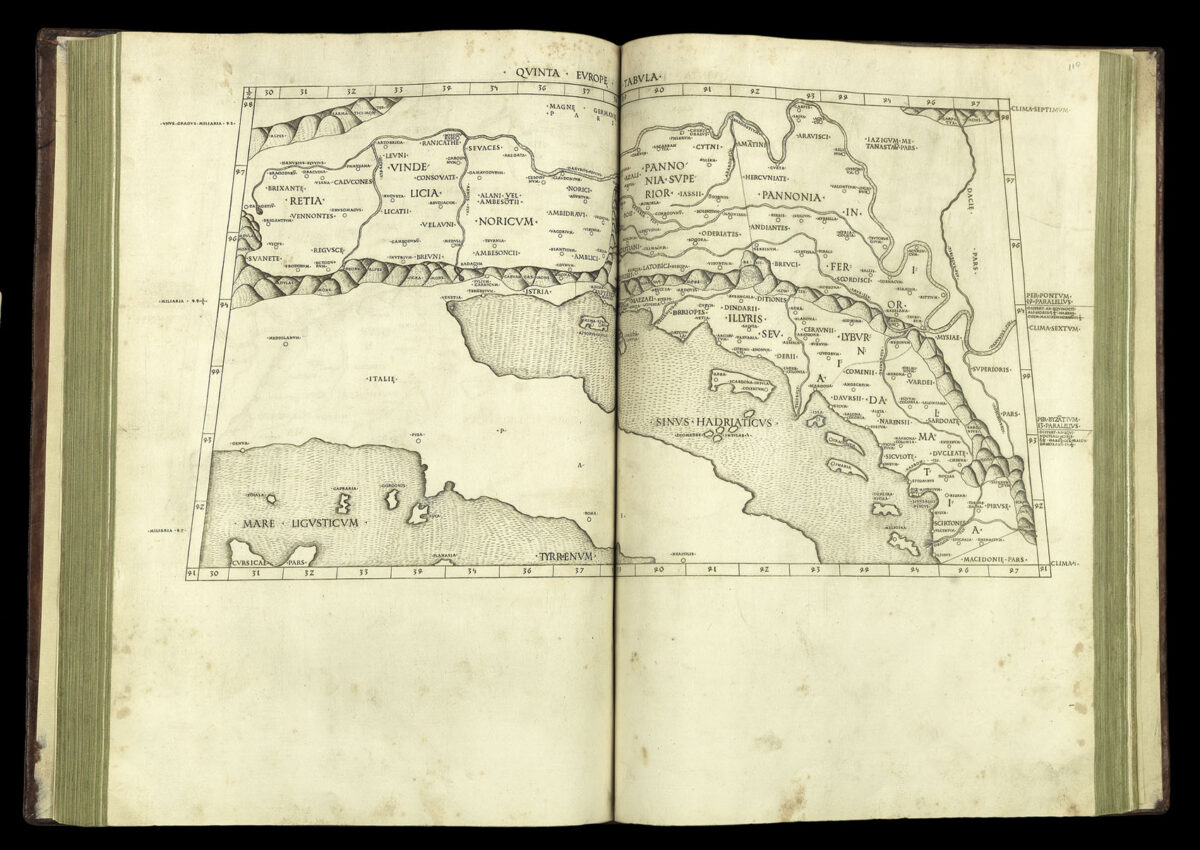 The map shows the Adriatic Sea bordered by the outline of northern Italy and the Baltic countries.