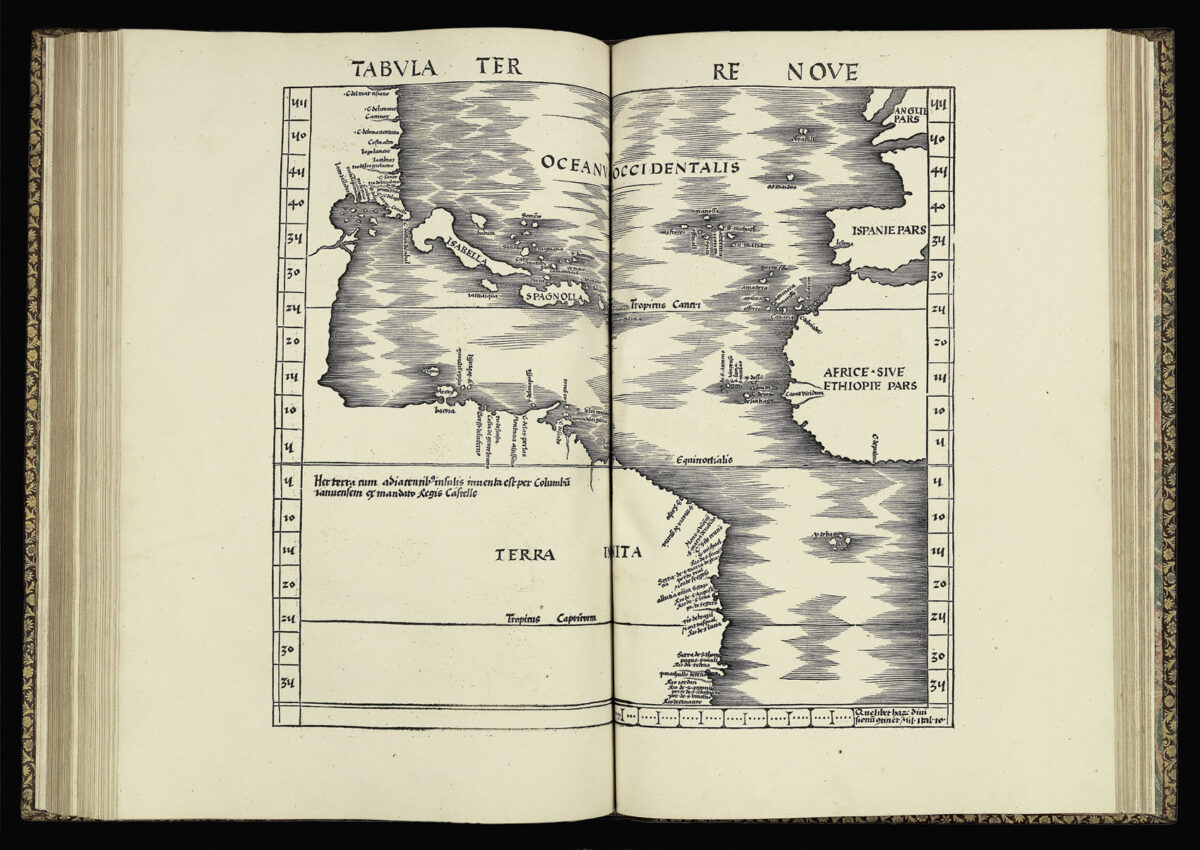 This fascinating map of the New World, nicknamed ​‘The Admiral’s Map’, is a detailed chart of the Caribbean and the first delineation of the Gulf of Mexico. Although no place names are marked inland, most of the Caribbean islands are identified and the legendary island of Antilia omitted. The Atlantic Ocean beyond the Amazon Delta has been labelled as fresh water. There is a small island to the northwest of delta labelled ​‘y. de los canibabales’, or ​‘Cannibal Island’, a product of contemporary accounts of native cannibalism in the Americas. Given that no written accounts of the Gulf exist until Alonzo Alvarez de Piñeda’s voyage in 1519 or Hernan Cortés’ conquest of Mexico in the same year, it has been suggested that Waldseemüller had access to a now unknown source.

Although Waldseemüller was the first to call the New World ​‘America’ in his 1507 world map, here South America is designated ​‘Terra Incognita’. Waldseemmüller published Amerigo Vespucci’s ​‘Quatro Navigationes’ and named the continent after him believing that Vespucci was the first to reach the New World. Here, and in all his subsequent world maps, he has tried to rectify the mistake with an inscription stating that South America was discovered by Christopher Columbus, but his name had already been adopted by other cartographers.