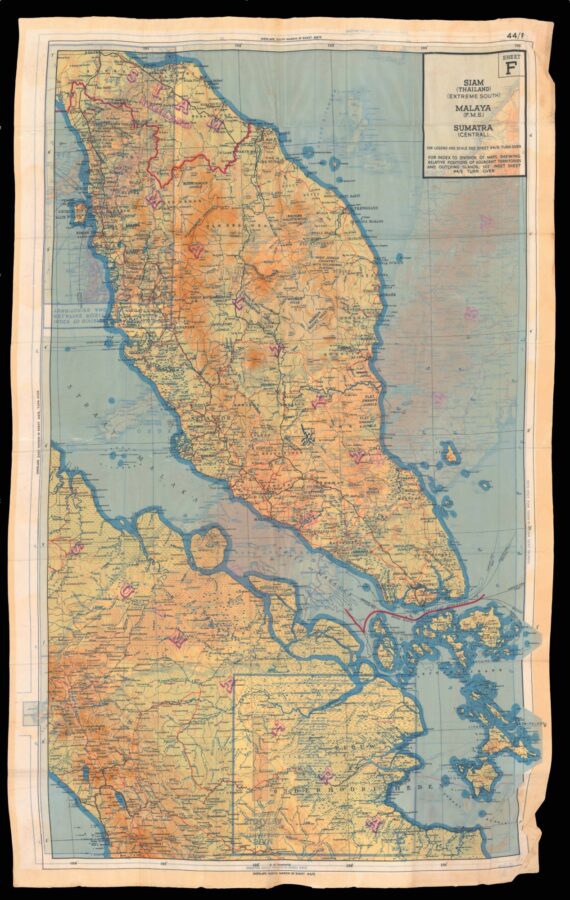 Thailand in the Second World War

A rare map of Thailand, Malaya and Singapore under Japanese occupation during the Second World War.

Thailand occupied an ambiguous position during WWII. Only hours after the attack on Pearl Harbour in 1941, Japanese forces had invaded the country, demanding unimpeded access to the Malayan frontier. Phibun, the leader of Thailand, agreed a military alliance with Japan and the following month declared war on Britain and the United States. The American government refused to retaliate, considering Thailand a puppet of Japan, but Britain responded by declaring war in defence of its territories in Burma and Malaya. To this day, Thailand remains the last country on which Great Britain officially declared war.

The Allied Campaign in Thailand during the Second World War was almost entirely aerial, due to the mountainous nature of the northern region, where the Japanese were based. It was therefore essential for the military authorities to have access to accurate and precise information about the lay of the land. For this reason, the British War Office commissioned maps of the region, many of which were made by MI9, the Directorate of Military Intelligence during the war. The present example covers Malaya, northern Sumatra and the adjacent parts of Thailand. Relief is shown by coloured contours and spot heights, with significant roads, railways and rivers labelled. The landscape is described across Malaya with terms such as ​“undulating jungle”, ​“flat swampy” and ​“broken rocky hills”.

Britain and Thailand eventually agreed to a peace treaty in 1946, two years after the fall of the Phibun government, largely thanks to an American-backed underground movement named Seri Thai (‘Free Thai’). Under the terms of the treaty, Thailand was considered to have been under Japanese occupation during the previous years; it would cede all the territories it gained during this period and receive admission to the United Nations, as well as substantial financial aid from the United States to rebuild its infrastructure and society. 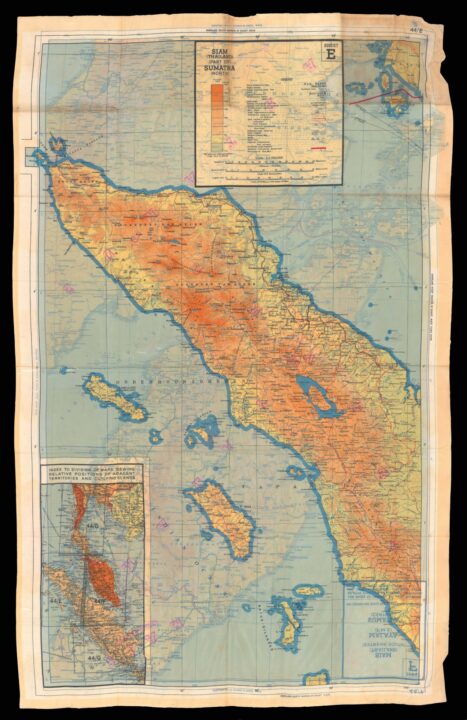