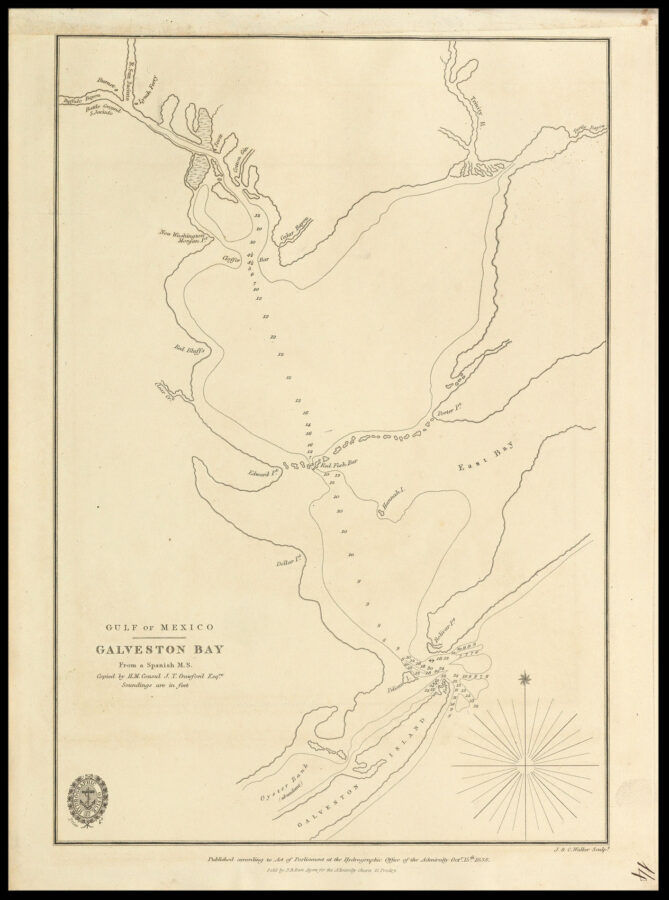 The chart was copied from a Spanish manuscript by J. T. Crawford was a British diplomatic consul stationed in New Orleans, in 1837. The the upper left of the chart is marked the site of the Battle of San Jacinto (1836), the decisive battle of the Texas Revolution.