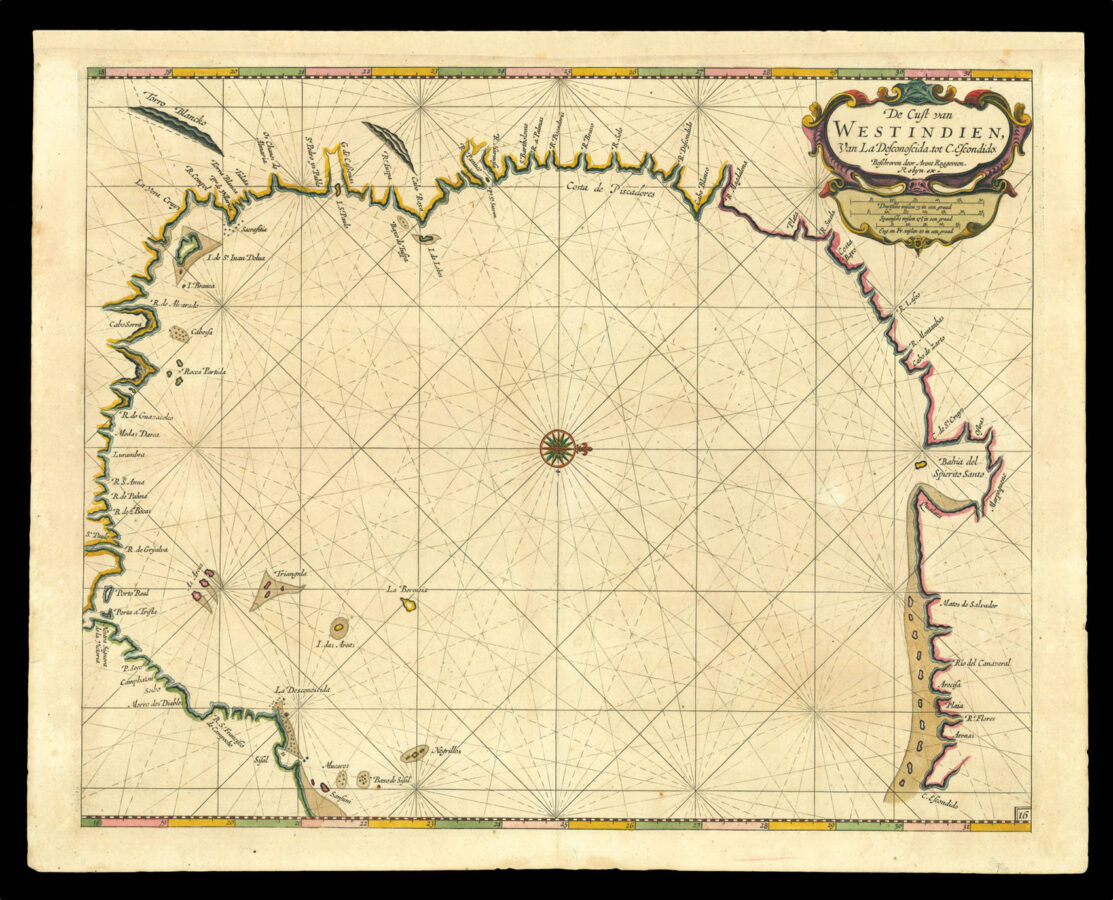 “One of the most important of Roggeveen’s charts, the first Dutch one of the region and the most detailed chart of the present day Texan coastline to date” (Burden) — published in Roggeveen’s exceedingly rare sea pilot ​‘Het Brandende Veen’.