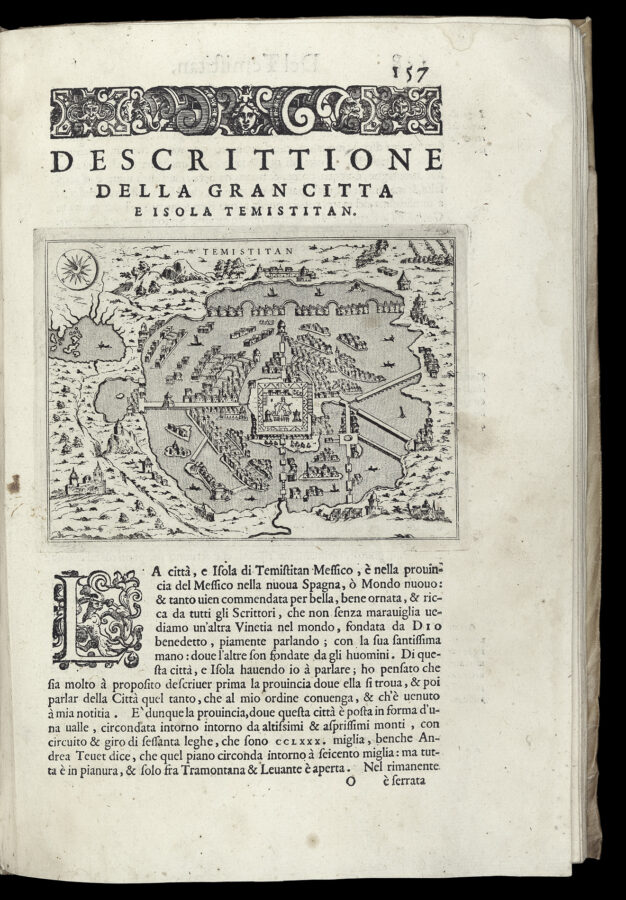 A detailed map of Tenochtitlan, the Aztec capital on an island in Lake Texcoco. It was sacked by the Spanish and became Mexico City.