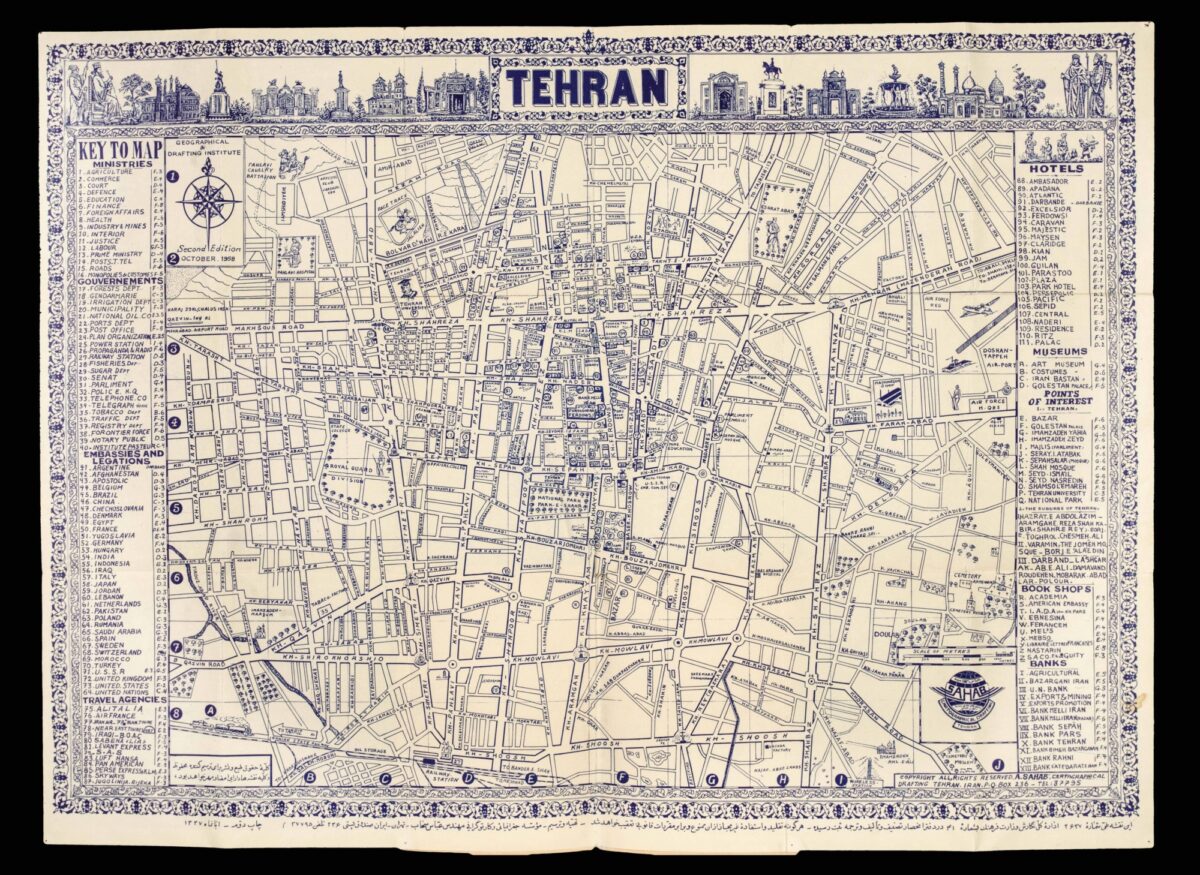 Tehran after the coup

A very attractive, scarce plan of Tehran, in both English and Farsi, with over 130 buildings and locations listed and keyed to the map. Vignettes of the city’s notable monuments run along the top margin. The plan was based on a hand drawing by Addas Sahab, the most important mapmaker in Iran at the time. It appeared not long after the 1953 Iranian coup d’état, in which the prime minister Mohammad Mosaddegh was deposed in an Anglo-American covert operation that marked the first time the United States actively participated in the overthrow of a foreign government during the Cold War. This is the second, revised edition of the map; the first edition, printed in red and black and with inset maps, was published in 1956.
The Sahab Geographic and Drafting Institute was founded in Tehran in 1935, becoming the first private geographic and mapmaking enterprise in the Middle East. Its founder was Abolghasem Sahab, who was succeeded by his son Abbas Sahab (1921–2000), the draftsman of the present map. The elder Sahab, the so-called ​“Father of Iran’s Cartography,” was born in Fam in the Tafresh district of Iran. His father Ostad Abolghasem Sahab Tafreshi was an important writer and author of about seventy titles on historical, geographical, religious, cultural and artistic topics.
Abbas Sahab devoted himself to cartography during the time off his studies in Tehran. During his life he created more than 1,500 works, including maps, atlases, plates, scientific and medical illustrations, as well as geographical globes. He was active internationally as a member of the International Cartographic Association between 1968–1971. He issued maps of other countries such as Afghanistan, Pakistan, Iraq and Turkey. In 1970, Sahab organized the First International Map Exhibition in the Tehran Teachers Training High School as well as similar events in the other cities. In his last years he devoted himself to his monumental work, The Great Atlas of 14 Centuries of Islamic Arts in 20 volumes, of which the first volume was published in 2000. After Sahab’s death the printing house was taken over by his sons and is still active today. Sahab’s unique library with thousands of volumes on cartography also survives intact today. 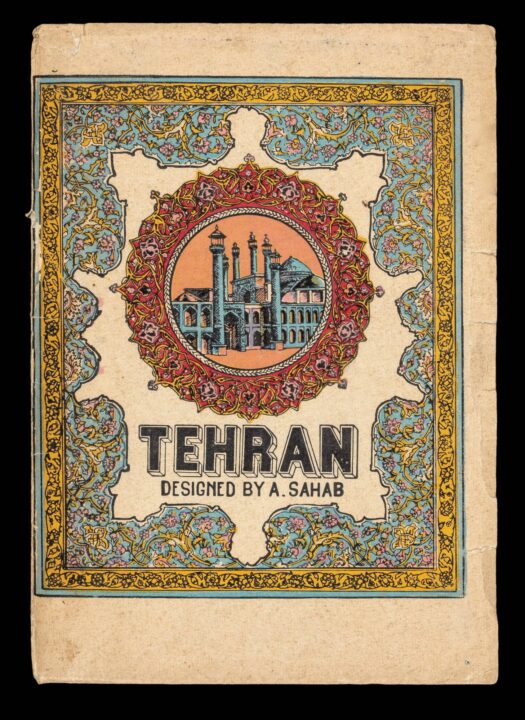