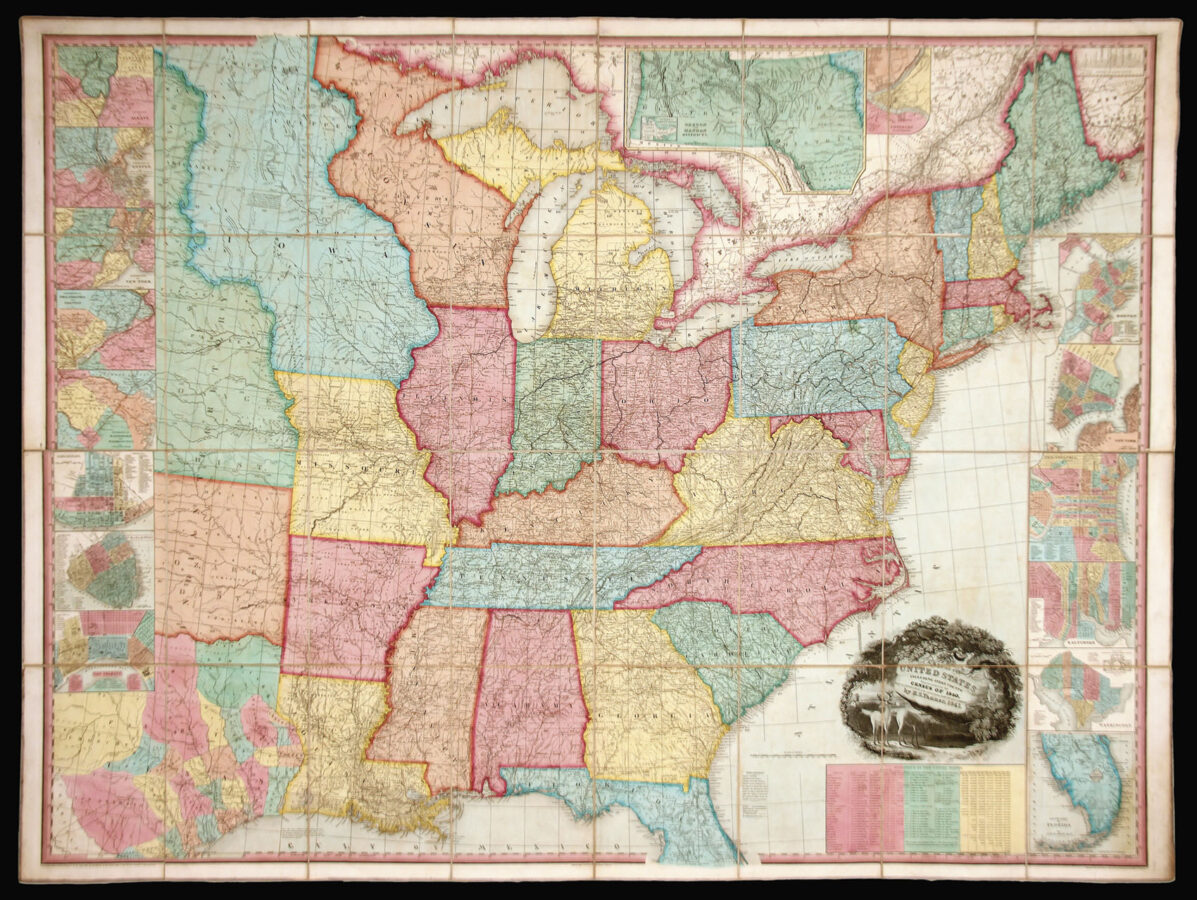 A Map of the United States including Every county ennumerated in the Census of 1840 with the population of the several states, rail roads, canals, etc.

Tanner’s monumental map of the United States was first published in 1829, this 1841 edition includes new information in the western regions and a young Independent Republic of Texas, founded in 1836.

Tanner ​“produced large maps of the country for public display. One of the largest was his 1829 ​‘United States of America,’ which measured an impressive 117.7 cm x 151.3 cm drawn to a scale of 25 miles to 1 inch. It was engraved by James W. Steele (1799–1879), a native and lifelong resident of Philadelphia who worked for Tanner, Vallance, and Kearney. He also did portrait, landscape and historical engravings but later became a banknote engraver.

​“After the simplicity of Melish’s maps, this Tanner map is more baroque looking, with elaborate cartouches, inserts and statistical tables along each border… Hung up on a wall, this map would have represented the mark of progress in the east, the increasing density and differentiation of the country, the creeping urbanization and especially the development of canals that marked human control over nature. This was the forward march of history; an elaborate display of city growth, increasing population, density, economic connectivity and specialization, the structure of civil society (county seats and boundaries), and social differentiation. The statistical tables show a nation growing, expanding, urbanizing and differentiating.” (John R. Short, ​“Representing the Republic,” pp. 150–151).