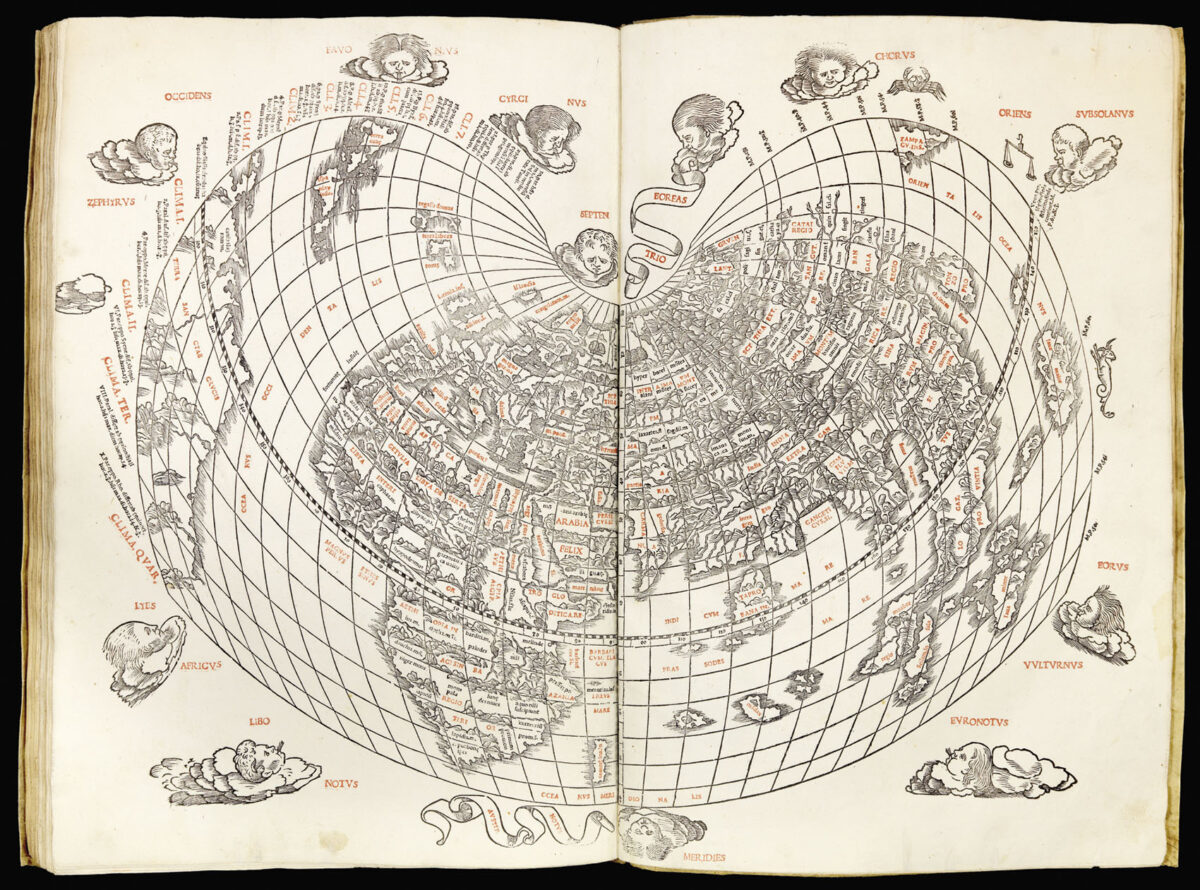 A map of the world on Sylvanus’ cordiform projection which was subsequently adapted by Apianus and Vavassore. In this projection, the degrees on the central meridian were in correct proportion to those of the parallels.Whereas every other map in the atlas is printed on the reverse of other maps or texts, this is blank on the reverse. This map was Sylvanus’ attempt to update the picture of the world presented by Ptolemy.

It is only the second map in a Ptolemaic atlas to show America, but Sylvanus’ attempt is less sophisticated than his immediate predecessors. The Americas are shown in three unconnected parts: ​‘terra laboratorum’, ​‘terrae Sancta Crucis’ (South America) and ​‘terra cube’. ​‘Terra laboratorum’, or North America was supposedly named after the labourer who saw it first, according to an inscription on Wolfenbüttel’s 1534 world map. The projection used distorts the coastline of South America almost unrecognisably; the words ​‘canibalum romon’ appear in the north, a product of common contemporary belief about native cannibalism.

The outline of eastern Asia follows Ptolemy and retains the ​‘Tiger Leg’ used by Waldseemüller and Contarini and the Ptolemaic name ​‘Catigara’. Japan appears named and shown correctly as an island for the first time. Previously, Ruysch identified Japan with one of the islands discovered by the Spanish in the Caribbean in an inscription. Sylvanus shows ​‘Zampagu ins’ . Asia’s coastline is left open to the east, as is the western coast of the Americas, allowing for the possibility that they were contiguous.

The map is labelled in the style of Ptolemy; rivers and mountain ranged are shown and named, but very few place names appear. The entire continent of Europe contains only ​‘magna Germa’, ​‘Italia’ and ​‘dalma’.