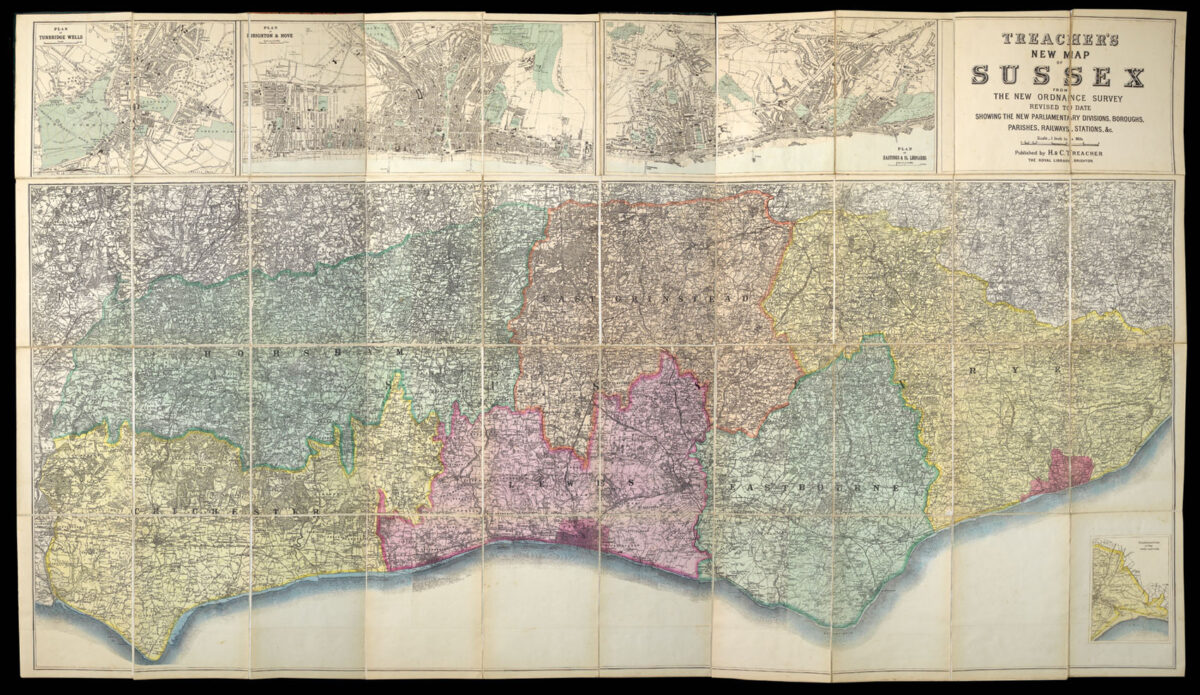 A map of Sussex produced from Ordnance Survey one inch sheets, which were joined together and laid on lithographic stones. It is possible in parts to see the joins of the sheets; for example, the town of St Anne near Lewes reads as St An-nne. The publishers Edward Stanford complained to the Stationary Office in 1886 of ​“a very flagrant case of piracy.… The new 1‑inch map of Sussex had been reproduced on the same scale by photolithography, and was being sold, in Brighton and elsewhere, at about half the price of the real Ordnance map”; it is quite possible that this was the map in question. Stanford was the agent for the Ordnance Survey at the time. This is the second edition, published by H & C Treacher. At the upper edge are three town plans of Tunbridge Wells, Brighton and Hove, and Hastings and St Leonards. At the lower right corner is an inset map continuing the map to the east along Rye Bay.

The firm of H & C Treacher was originally founded in Brighton in 1858 by brothers Harry and Charles Treacher, and developed into a highly successful local booksellers, printers and stationers. By the time this map was printed, Harry’s place had been taken by his nephew Henry Moreton, although the business continued under the same name.