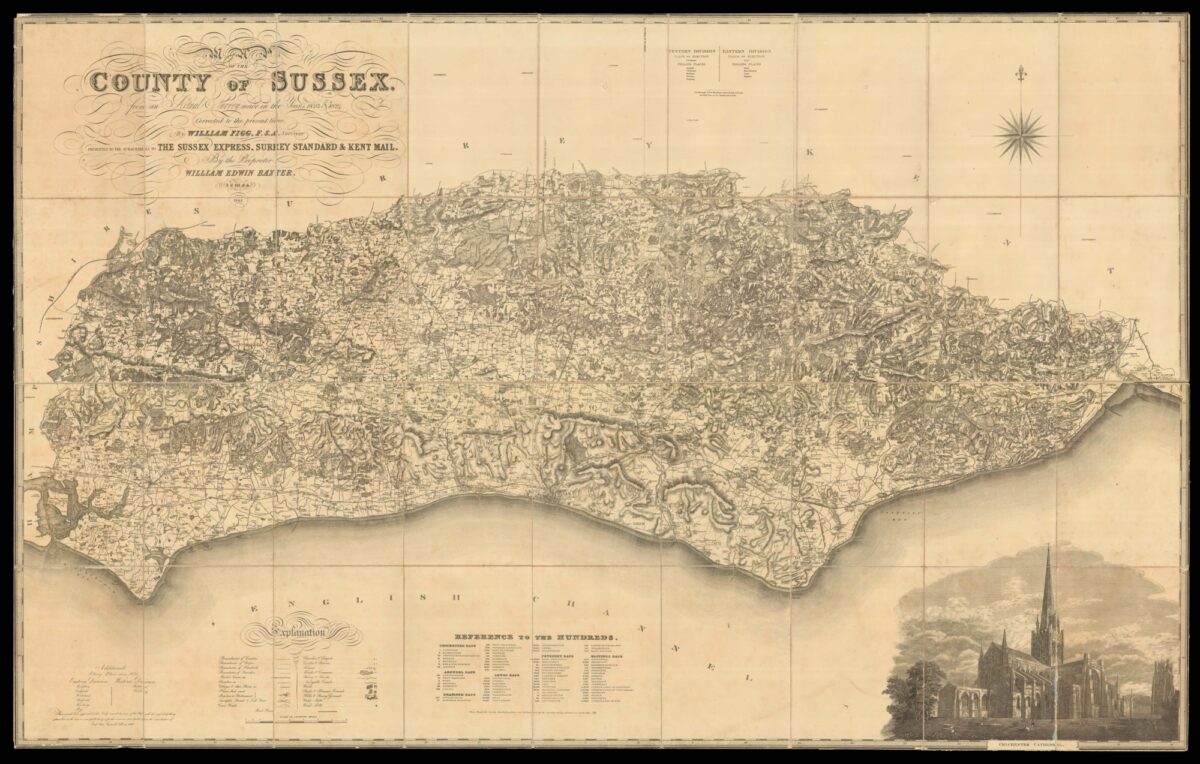 Map of the County of Sussex from an Actual Survey made in the Years 1823 & 1824. Corrected to the present time By William Figg, F.S.A. Surveyor. Presented to the subscribers to The Sussex Express, Surrey Standard & Kent Mail. By the Proprietor William Edwin Baxter.

The map would late be republished with numerous corrections and additions in lithographic form during the years 1858 to 1861. As the publication was a gift to the readers of the three newspapers named in the title, it was mainly issued in loose sheets and sold separately as printed, although a few complete copies were published. Considerable extra information was added for the benefit of readers up to 1861. Originally published at 6 guineas, it was then presented to the qualified subscribers of the newspapers at the ​“new cahrge of 6 pence for each part”. The newspapers agreed to publish 5000 copies of the work, with the work being carried out by the surveyor William Figg. The regularity of the sheets being sold separately obviously influenced the availability of the complete map and copies of the latter are comparatively scarce.