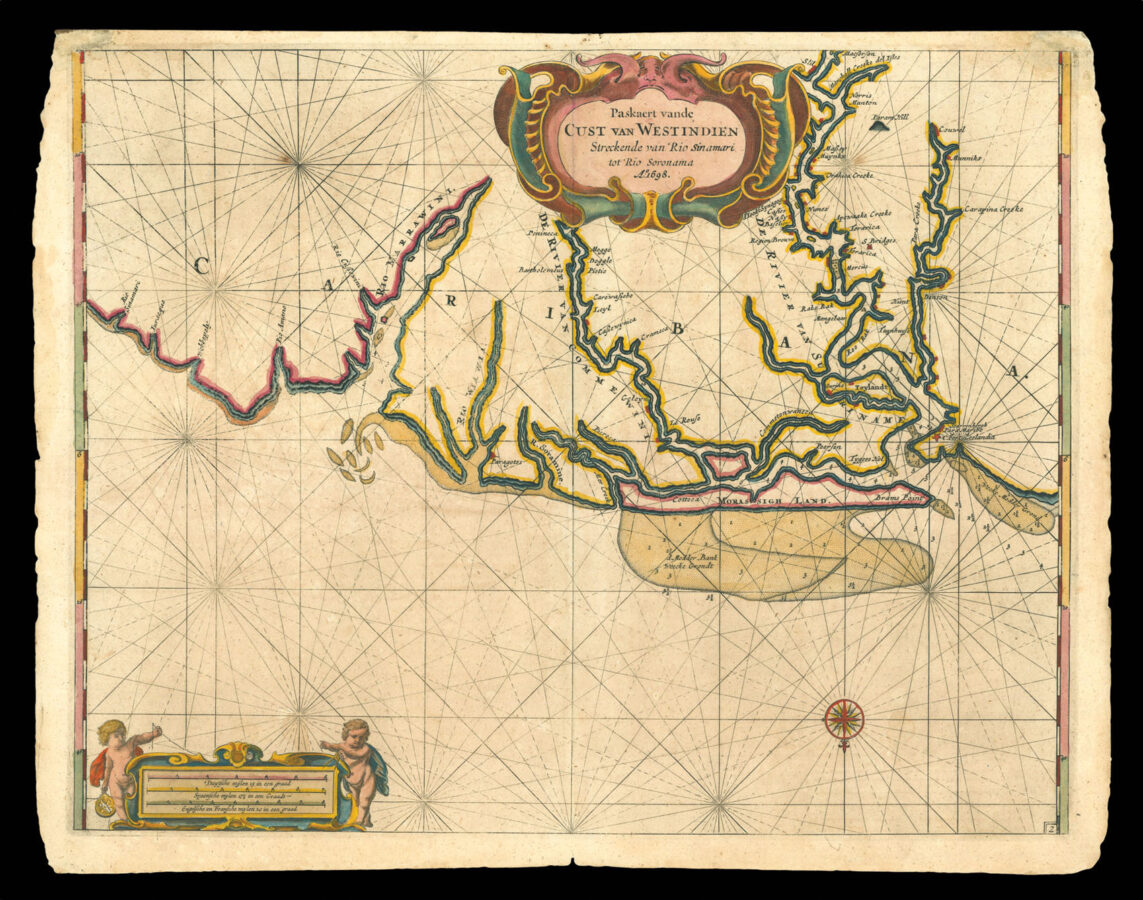 This map shows the Suriname River where it empties out into the Atlantic Ocean. Featured is ​“Fort Paramaribo”, known today as Fort Zeelandia, laying on the bank of the Suriname River in the present-day capital of Suriname, Paramaribo. Fort Paramibo was claimed and re-vamped by the French, Dutch and the British to protect them from sea-fareing rival powers. It was also built to protect against slave rebellions — Suriname harbored cocoa, coffee, sugar cane and cotton plantations where conditions were notoriously bad.