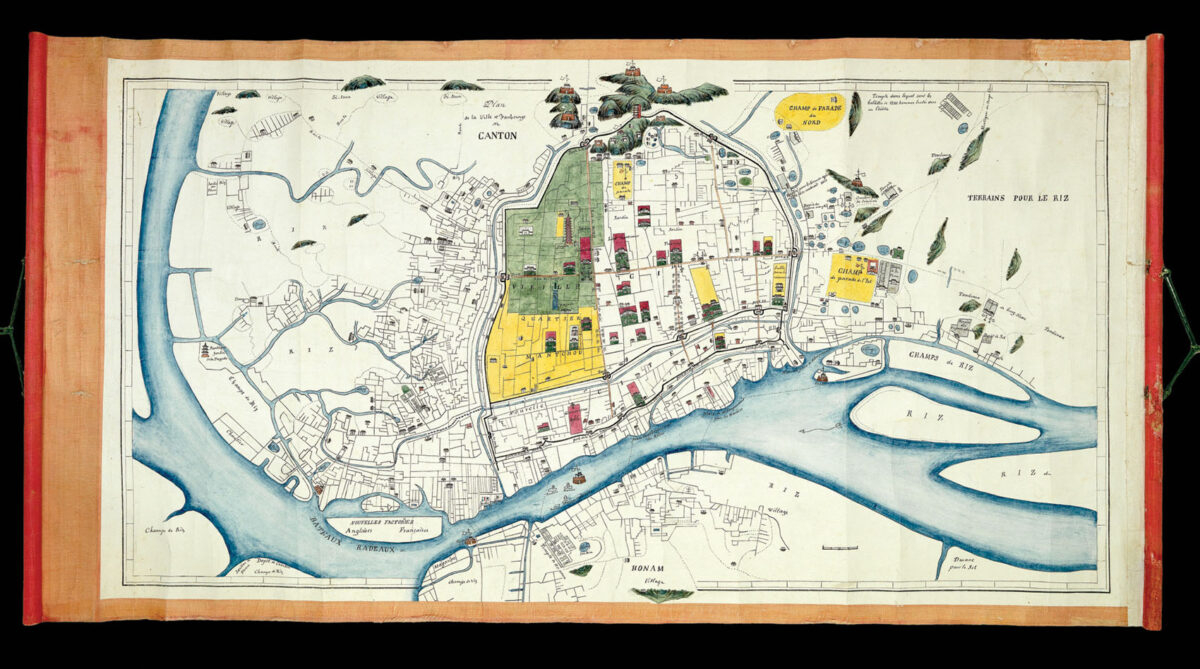 This visually striking plan gives a detailed picture of Canton, at the end of the Second Opium War. The old city is beautifully rendered with the great palaces, pagodas, and the city’s many gates all marked. To the north of the city walls lie the imposing hill forts, and to the south is the new city which, before the outbreak of hostilities, housed the residence of the Governor Ye Mingchen. Although the residence is marked ​‘Gouveneur Yeh’, a Christian cross stands prominently on the site, alluding to the area’s future uses as the site for the Catholic Cathedral of the Sacred Heart, the land for which would be brought in 1861. Beyond the city walls to the right are depicted the north and east parade grounds, together with numerous hospices, and a leper colony. Just to the south west of the new city walls, the old and new factory areas are shown. The old area bears the flags of France, Great Britain, and America, however, it is named ​‘jardin public’ (public gardens), with the new factory area marked to the west on Sheeman Island. The old factories had been heavily damaged during the war and, in 1859, the British and French had decided to relocate to the more easily defendable Sheeman Island. Across the Pearl River from Sheeman is Honam Island. 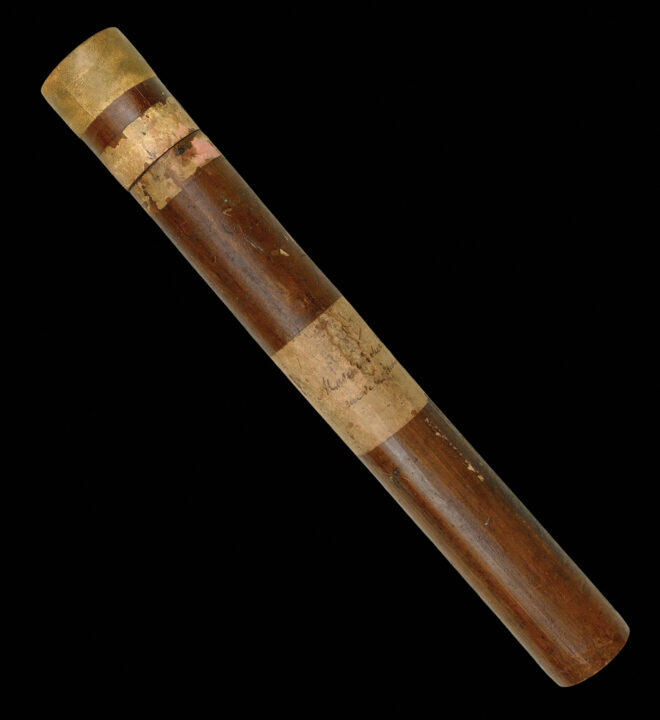