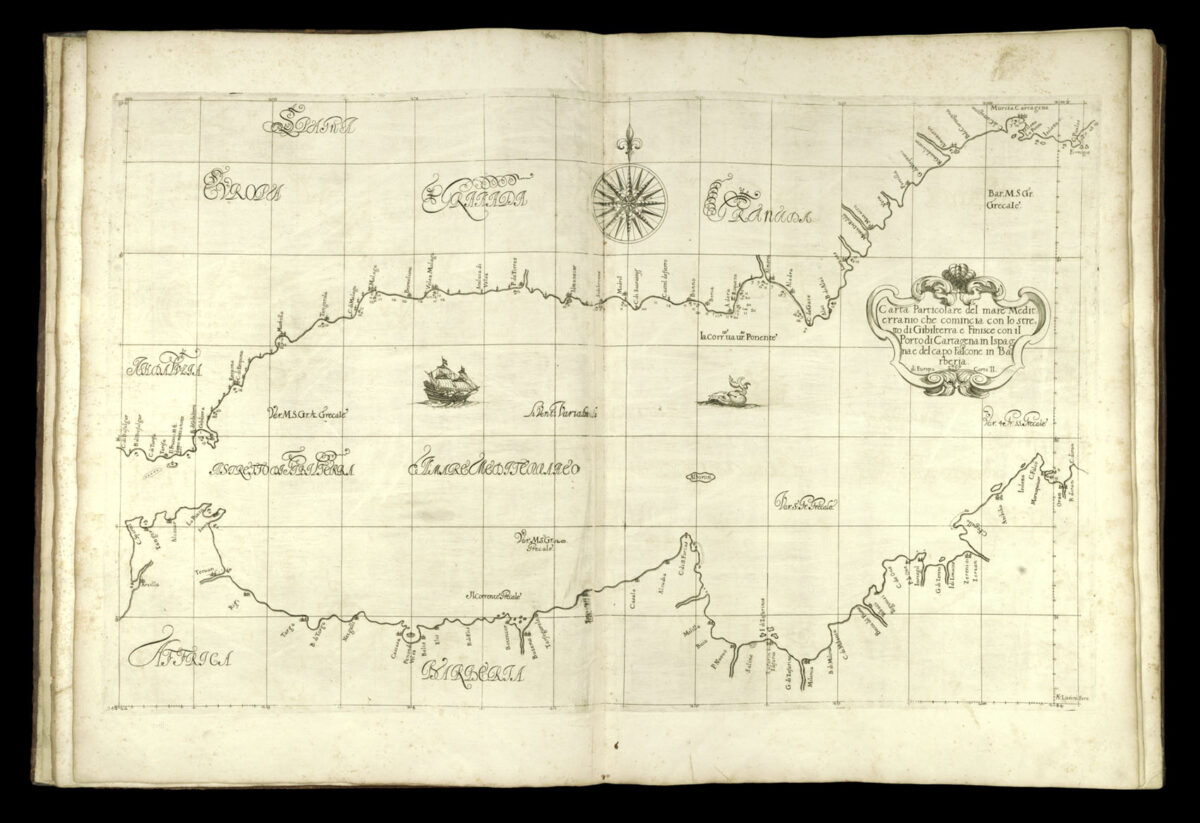 The map shows the straits of Gibraltar and the northern coasts of Morocco and Algeria, and the southern coast of Spain.